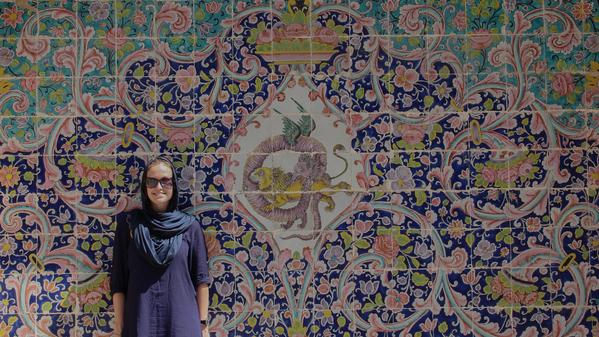 Top 5 Spots for the First-Time Visit to Iran

Travel blogger Becki Enright shines a light on her favourite spots from a trip to the remarkable nation of Iran.

Iran is a vast space in both its landscape and epic history, making it impossible to cover in one short trip alone. Enclosed within the mountainous far west and the forested wilderness of the frontier east are the central plains which contain the country’s most treasured historical showcase of a Persian past, and the eye-opening changes of its Iranian present. This is where your journey within one of the Middle East’s most misunderstood countries will most likely begin.

Tehran is typically the start and end point of any Iran trip – a love-it-or-hate-it city that many bypass in anticipation of more ancient wonders. What was once a Persian garden village is now a typically frenetic Middle Eastern capital city, and like any dusty and developing capital, it just needs a little time. While it may lack colour and distinct charm, it is charged with pulsating energy and a vast scattering of historical treasures including palaces and residences of the generations of royal rule, the treasure trove of museums, opulent tombs and the stunning multi-coloured mosques with their famous tiled patterns.

Old Persia remains, and seeking it out all over the metro-connected city is all part of the fun. Yet what Tehran also does is thought-provokingly present the country’s more recent history, from the torture prison of the royal Reza Shah rule to the former US Embassy ‘Den of Espionage’ that marked a historical turning point in the creation of modern day Iran.

Zoroastrian (a belief in and worship of nature) was the religion of Persia until the 7th century, before the arrival of the Arabs and Islam, and Yazd is right at the heart of it. The highlight here is traversing the small patch of desert that houses the still and calming Towers of Silence burial grounds, managed over the decades by the same local man whose weathered face tells a thousand stories. With the oldest fire flame in the world and the highest mosque minarets in all of Iran to add to its list of accolades, Yazd is a key spot of the religious footpath of old Persia.

Home to the infamous grape (minus the wine production), there’s a lighthearted nature to Shiraz that certainly gives it the slight air of rebelliousness it is known for. While sometimes considered the cultural capital of Iran, there is a strong ancient Persian presence here also in the remaining gardens, the tombs of famous poets such as Hafez where locals flock to daily, the exquisite Mirror Mosque and the dominant city gate of the Old Citadel in the centre. The bazaar at night – especially if you catch the flea market surrounding it – is a real atmospheric treat.

Nothing beats a visit to the remains of the most successful ancient civilization of all time – the Persepolis (“city of the Persians”) whose sprawling ancient ruins mark the very centre of the Achaemenid Empire. Don’t miss this day trip from Shiraz.

Isfahan (Esfahan) is a key component to any Iran visit, boasting the UNESCO World Heritage site, Imam Square, and its stunning palaces and mosques. However, this is also an important area to visit in order to understand the distinct makeup of the country and how regions vary in outlook; being here is to stand within one of the more conservative and strongly Islamic parts of the country. So while you wander the second largest square in the world (after Tiananmen Square in Beijing), cross the famous bridges and get lost in the maze of markets, be sure to take in the atmosphere around you. There is a seriousness present – a conditioning born from a tough history.

A former Persian capital, Kerman is culturally rich with fire temples, mosques and stone domes. The Shahzadeh Persian Gardens provide a window into days of old, while the restored 17th century bathhouse in the Grand Bazaar has been preserved as a museum and a trip to the underground teahouse has a somewhat magical ambiance. It’s an ideal way to mingle with the locals as you sip on cinnamon tea and share a hookah.

Ancient Persia and modern Iran sit side by side. A visit here is to uncover the history of one of the world’s greatest empires, hear the stories and legends, and enjoy the accessible treasures of the past; all while trying to understand the modern complex society that dominates it.

Becki travelled on the Iran—Discover Persia tour with G Adventures and you can, too. We’re thrilled at the prospect of showing you this big blue planet of ours — check out our?small group trips here.