From skiing and snowboarding in the Rockies to kayaking with orcas, hiking on glaciers and surfing in the Pacific Ocean—say hello to British Columbia! Cailin O'Neil shares a list of experiences that she believes you should drop into you bucket list

Located on the west coast of Canada, British Columbia is a popular destination for tourists from around the world, many of whom are attracted to the province for its outdoor adventure activities, nature and beauty. From skiing and snowboarding in the Rocky Mountains to kayaking with orcas, hiking on glaciers, surfing in the Pacific Ocean, mountain biking and so much more, British Columbia has a lot to offer. If this sounds like a destination that should be on your bucket list then here are my suggested 'Top 5 British Columbia Experiences'.

Many people don’t realize this, but you can actually go surfing in Canada on the east and west coasts. In British Columbia, the most popular surfing spot—which is also coined “Canada’s Surf Capital”—is the small district of Tofino on Vancouver Island.

People surf here year round, with some of the best surfing being in the winter months when the swell is bigger. However, it is slightly chilly with the water temperature averaging around 10c/50f—so you will most likely want to rent a wetsuit depending on when you go.

Also located in British Columbia is an area known as the Okanagan Valley, which is a popular destination for wine tours and as well as being home to the second largest wine region in Canada. Wine production in the area dates back to the 1850s; however, it is only in the past few years that the popularity of wine and wine tourism in the area has increased.

There are over 90 different wineries growing more than 60 types of grapes in the area with a majority of them being open to the public for tastings.

It goes without saying that British Columbia is a huge destination for skiing and snowboarding; however, it is also well known for its epic mountain biking trails. Some of the best trails are even located on the ski hills in the summer months after the snow has gone for the season.

The trails offered in the North Shore Mountains in North Vancouver vary for a range of biking abilities. There are easy trails for beginners as well as places that offer lessons and some really great, well-maintained technical trails for the pros looking for some fun.

Being located on the Pacific Ocean means British Columbia has a large amount of marine life right at its front door. One of the number one “must-do” experiences while visiting is, of course, to go whale watching. From May to the end of October there are various tours available, with some of the very best being offered in the province’s capital of Victoria.

Depending on the day you can see tons of different mammals and marine life—from humpback whales to minke whales, gray whales, sea lions, elephant seals, harbour seals, porpoise, bald eagles, puffins and many more, including quite possibly the most spectacular of them all, the orca (aka killer whale). There are various tour options available, from big boat to zodiac tours, and the more adventurous can even go whale-watching in kayaks.

5. Vacation on a Houseboat

Located inland in British Columbia is Shuswap Lake, with 1,100km of shoreline, Shuswap is a popular destination for renting houseboats in the summer months. Great for family vacations or party weekends with friends, there are various rental companies offering various sizes of houseboats, with some even holding as much as 10–25 people.

The area is home to 26 provincial and marine parks with various activities available on and off the boats, giving you a very unique experience on your vacation.

Have you ever been to British Columbia? What else would you suggest?

From skiing and snowboarding in the Rockies to kayaking with orcas, hiking on glaciers and surfing in the Pacific Ocean—say hello to British Columbia! Cailin O'Neil shares a list of experiences that she believes you should drop into you bucket list. Has this post awoken your inner explorer??Start you search?here. 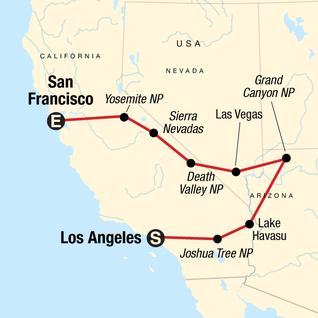 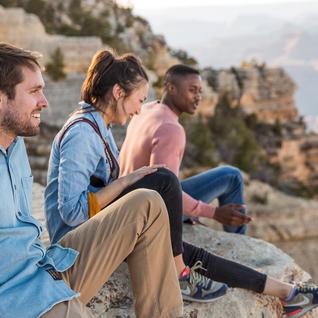