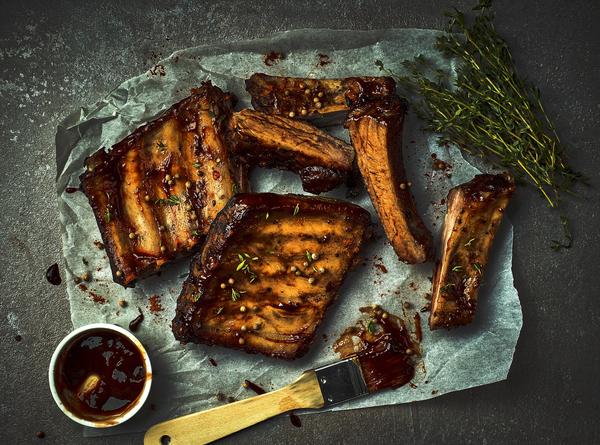 Recommended by G: The best BBQ joints in the United States

Where to fill up on brisket, ribs, and pulled pork from coast to coast

One of the best things about going on a G Adventures trip is meeting our tour leaders —?we call them CEOs (Chief Experience Officers), since they're so integral to the G experience. Not are our CEOs equipped with all the knowledge and know-how to help you get the best out of our tours —?they can also recommend some of the best locals-only hotspots for amazing eats. With that in mind, we asked CEOs from some of the regions to which we travel to give us their top picks for great food in their respective countries of origin. Here: the absolute best all-American barbecue in the United States of America, courtesy of CEO Stirling Weir.

This BBQ joint is open every day, and has a 50-year legacy — though the Roberts family, which owns and operates Salt Lick, has roots in the area dating back to the 1800s. If the menu doesn't suit your fancy, you can always just order meat by the pound. saltlickbbq.com

Central's proprietors, Craig Blondis and Roger Sapp, met on the Memphis barbecue circuit around three decades ago. They opened Central BBQ in 2002, and have since been ranked among the state's best barbecue on multiple occasions, by multiple sources. cbqmemphis.com

The origin of Joe's BBQ dates back to 1990, when brothers Joe and Jeff Stehney attended their very first barbecue contest. Seven years on the BBQ circuit later, opened Kansas City Bar-B-Que in 1996. Joe has since left the business. but Jeff —?and his wife, Joy — still run the original Joe's, plus two new locations.

It doesn't get much more iconic than Franklin. Opened in 2009, the restaurant —?helmed by pitmaster Aaron Franklin —?has since won every major BBQ award in the U.S., and Franklin himself was in 2015 awarded the Best Chef: Southwest award by the prestigious James Beard Foundation. franklinbbq.com

Hometown, which opened in Brooklyn's Red Hook neighbourhood, serves food until it's sold out — so wishful eaters are advised to show up early the restaurant that Eater in 2013 declared "New York's best barbecue." /hometownbarbque.com/

If you're looking for BBQ served out of a vintage Comet trailer, this is the place. Tom Michlethwait has been doing just that since 2009; his fare is now regularly voted some of the best in the state. craftmeatsaustin.com

Wildhorse is much more than a BBQ joint —?it's a bar and live music venue, perhaps primarily —?but the eats are not to be missed — or to be taken any less than very seriously. To wit: Wildhorse goes through 3,000 litres of BBQ sauce per year. wildhorsesaloon.com

This Texas restaurant's bare-bones menu says it all: Bodacious is as straightforward as it gets. You won't find anything but the basics here, cooked low and slow — and if you're not sure what to order, just get a rack of ribs. Texas Monthly says they're some of the best in the state. bodaciousbbqmarshall.com

For more than a decade, this restaurant —?which is literally located at the dead end of a street in Knoxville — has been serving up tender, tasty BBQ plates in its large (and family-friendly) dining room. deadendbbq.com

When you think of classic BBQ, you might not think of Arizona. But Big John's has its heart —?and its origin —?in Texas: Big John himself was born and raised in Dallas Fort Worth, and opened up shop in Arizona in 2006 "because," the website declares, "in Arizona, you could not find Texas BBQ." bigjohnstexasbbq.com

Hungry? Check out our small group tours to the United States here.