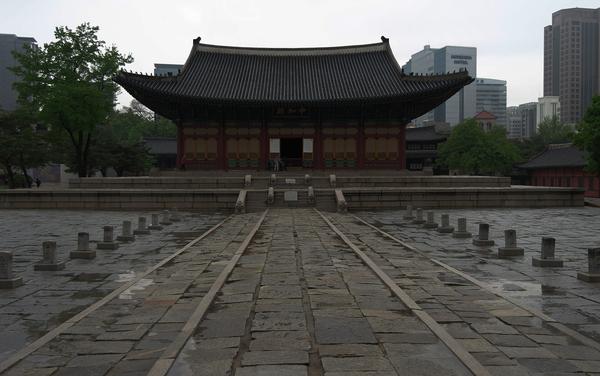 A brief history of sport in South Korea

From the fourth century to the Pyeongchang Olympics

Since February 9, millions of people across the world have been tuned in to the 2018 Winter Olympics in Pyeongchang, South Korea. And while the games themselves have been riveting —?and particularly emotional, if you happen to be a fan of Canadian ice dancing — Korea has a long, storied, and at times tumultuous history of sport that far precedes this year's Olympic Games.

Perhaps Korea's most famous contribution to the history of sport is Taekkyeon, a type of martial art that originated in the Korean peninsula in the fourth century. Not to be confused with Taekwondo — which is itself a sport that originated in South Korea, but in the mid-20th century — Taekkyeon was in 1983 designated an Important Intangible Cultural Asset by the Korean government and, in 2011, was added by UNESCO to its Intangible Cultural Heritage List.Like Taekkyeon, Ssireum, or Korean wrestling, has been a part of Korea's athletic and cultural heritage since the fourth century. The full-contact sport, which was originally used as a part of military training before becoming a recreational pastime, involves a belt called a satba, which is tied around each wrestler's opponent's waist and thigh. Each wrestler grips the satba of their opponent; the match is won by the wrestler who forces their opponent to touch the ground with any part of their body above the thigh.

Of course, athletics in both North and South Korea is not limited to ancient sporting pursuits. The South Korean national football team has appeared at 10 World Cups — placing fourth in 2002 —?and the country has had its own basketball league, the Korean Basketball League or KBL, since 1997. South Korean golfers are particularly celebrated, with Park Sung-hyun winning the U.S. Women's Open in 2017. South Korea also hosts the annual Tour of South Korea, a cycling event; north of the border is the Pyongchang Marathon, held every April.

In North Korea, sanctions make it difficult for athletes to earn the same type of sponsorship and support — and, indeed, to access the same equipment, as the majority of sports gear is blocked from import to North Korea — that they might in more politically stable nations, but nevertheless, athletes from that country thrive,?partly due to Kim Jong-Un's love of sport. Indeed, the tumultuous political climate of Korea has resulted in unrest between the two countries at best, and fatalities at worst: after Seoul was awarded the Summer Games in 1988, two North Korean agents planted a bomb on Korean Air Flight 858 in November 1987, killing all 115 people onboard.

North Korea is competing in the 2018 Olympic Games in Peyongchang with 10 athletes. In a rare —?but not unprecedented —?showing of goodwill, the teams representing both Koreas marched under a unification flag at the opening ceremonies, and players from both countries came together to form a unified women's ice hockey team.