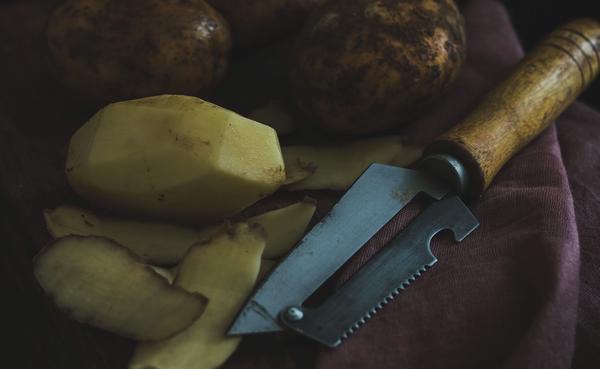 An ode to the humble spud: The best potato dishes in Europe

Think beyond the French fry

by Rebecca Tucker Posted on 19 September 2018

First cultivated by the Inca between 8000 to 5000 BC in Peru, potatoes were brought to Europe by Spanish explorers towards the end of the 16th century. Throughout the continent, National Geographic Journeys with G Adventures highlights the array of flavourful local dishes starring the humble spud. In France’s Burgundy region, sample red wine alongside beef bourguignon, a hearty stew that’s typically made with potatoes. Visit charmingly colourful Prague to try the Czech classic bramboráky, fried potato pancakes that feature in many meals. Head to sun-soaked and historical Italy, the home of potato gnocchi, to see each region’s take on the traditional dumpling. On a National Geographic Journeys tour, get to know your world — and all the flavours within it. .

There are few foods more noble, more versatile, and more dependable the humble potato. Whether it’s being whipped into a frenzy with butter and chives, roasted to golden brown and crispy with oil and herbs, or grated and fried into a delicious latke, the potato is as easy to transform as it is delicious to savour. Here, five incredible European potato dishes that you can taste on our National Geographic Journeys with G Adventures tours across the continent.

Fun fact: Despite its name, beef bourguignon — which is often called beef Burgundy in English —?does not originate from France’s Burgundy region, though it’s served there. In fact, it more likely gets its name from the type of wine used to cook.

Where to find it: On our Quintessential Burgundy tour.

What it is: Typically served as tapas, this native Spanish dish consists of white potatoes that are parboiled and fried, cut into irregular-shaped cubes and served piled high with spicy tomato sauce (or another type of sauce).

Fun fact: A variation on patatas bravas is the tortilla bravas, a Spanish omelet —?which is actually thin-sliced rounds of potato, piled atop one another, smothered in beaten eggs, and cooked like a frittata —?covered in tomato sauce.

Where to find it: On our Discover Moorish Spain tour.

What it is: Soft, small potato dumplings, typically prepared by combining potatoes and flour — though egg, soft unripened cheese, herbs, and other ingredients are often also added —?and coated in sauce, like pasta (gnocchi are considered a type of pasta).

Fun fact: The name for gnocchi is thought to come from the Italian word for knuckle, which is nocca.

Where to find it: On our Iconic Italy tour.

What it is: Potato pancakes — shredded, fried discs of potatoey goodness —?typically flavoured with garlic in marjoram in Czech cuisine.

Fun fact: You may better know bramboráky as latkes —?the recipe and preparation is virtually identical.

Where to find it: Our Explore Central Europe tour.

What it is: A side dish of sautéed swiss chard, garlic, and potatoes, typically served hot with cracked black pepper.

Fun fact: While blitva is the name of this dish, it’s also simply the Croatian word for swiss chard.

Where to find it: Our Discover the Balkans tour.