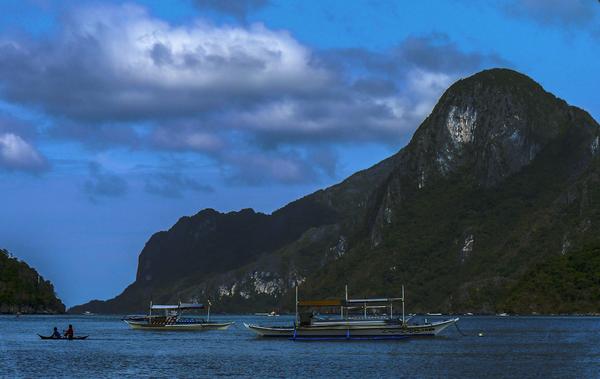 Origins of food we love: The cuisine of the Philippines

The Asian country's food is as diverse as it is delicious

My favourite dish from the Philippines is ginataang langka, a simple dish whose flavour never ceases to make me smile. It is made from unripe jackfruit, which is a fruit I had never seen prior to my travels to the Philippines in 2009. The dense creaminess of the jackfruit is complemented by cool coconut milk, and the whole thing is cooked with tomatoes, chilies, and ginger.

I stayed with a family from the Bicol province of the Philippines on a trip there. They joked that their region was the only one in the country that made spicy dishes so as to reflect their “strong personalities.” They taught me how to make ginataang langka, and though I spent many months travelling around the country, it remains the food I miss the most.

But the Philippines does not have a culinary reputation the way that Vietnam or Thailand do, and many travellers I met remembered the Philippines’ beautiful landscapes and beaches, and its friendly people, rather than its food. It would be a mistake, however, to forget about the country’s culinary offerings. ??

While the other pieces in my “Origins of Foods We Love” series feature specific dishes, this one will spotlight an entire country’s food. That’s because the influences on Filipino food as we know it today spans both time and place. The Philippines comprises more than 7,107 islands tucked between the South China Sea and the Philippine Sea; its location placed the Philippines within the path of migration and trade for thousands and thousands of years. And with migrating humans come new ingredients, dishes, and traditions.

Filipino food is a mixture of sweet, salty, and sour flavours. Rice figures heavily — this is Southeast Asia, after all!?—?and coconut is of utmost importance, with all parts of the coconut (including the sap and leaves) used in cooking and preparation.

The Filipino foods we eat today are a direct fusion of indigenous ingredients, flavours, and outside influence. With such a wide geography and rich indigenous history, each area of the Philippines reflects these influences in local variations of popular dishes. ?

The origins of Filipino food lie with the Malayo-Polynesians, who were responsible for its most common ingredient: rice. Around 3200 BC, they settled in the Philippines and brought farming and cooking methods that included steaming, boiling, and roasting over a fire. Protein often included livestock, seafood, and the occasional reptile. ?

Trade with Chinese merchants pre-dated the Spanish, beginning with China’s Song Dynasty (960–1279 AD). At that time, China established outposts in some Philippine coastal cities. According to Chao Ju-Kua, the superintendent of maritime trade in the province of Fukien — who wrote a book about the Chinese trading missions — the Chinese exchanged silk, porcelain, beads, iron, and more for hemp clothing, tortoise shells, and pearls from the Philippines. ? The Song dynasty also brought with it new culinary ingredients, methods, and dishes that were adapted by Filipino locals over time. These ingredients are very prevalent in today’s dishes, and include soy sauce, bean sprouts, tofu, bamboo shoots, lemongrass, and fish sauce. They also included noodles, which were adapted into the very popular pancit, a catch-all name for a dizzying amount of noodle dishes. In his book Food of the Philippines, author Alejandro Reynaldo notes the many regional varieties of pancit where the noodle dish was (as he puts it) “Filipinosized” by different areas of the country. Pancit Malabon, for example, is made with oysters and squid because Malabon is a fishing region. And pancit Marilao is sprinkled with rice crisps because it is located within the rice bowl of Luzon. ?

Portuguese navigator Ferdinand Magellan claimed the Philippines for Spain in the early 1500s, with disregard for the people who had been living there for thousands of years. A tribal leader named Lapu-Lapu eventually killed him with a poisoned arrow on Mactan island in 1521. Magellan, who was in search of the Spice Islands, was actually quite close to them when he died.

Today, people may know lapu-lapu as a fish rather than a man; it’s the name given for grouper fish in the Philippines, an unlikely remembrance of Magellan’s fate.

Though Magellan died shortly after his arrival, the Spanish stayed on in the Philippines for a few hundred years. With them came new ways of cooking, new ingredients, and a lot of words still found in the Philippines’ national language of Tagalog. For starters, there is adobo, a method of preserving meat in vinegar and spices, which was particularly useful in the tropical heat. But the Spanish also introduced sautéeing and braising as cooking methods, as well as new ingredients like garlic, onions, and tomatoes, and New World staples like corn and potatoes.

Though dairy and new meats came with the Spanish, these foods were often out of reach of anyone outside the upper class. Instead, working class Filipinos dined on food influenced heavily by Chinese traders, as well as traditional rice-based meals. Alejandro Reynaldo notes that Christmas, a new holiday for Filipinos, was a time to make Spanish-influenced treats. Paella, embutido, leche flan, and churros are some of what can still be found most commonly at that time of year.

Locals took what worked and adapted recipes to suit local palates. Spanish adobo, traditionally made with oil, bay leaves, thyme, and more, was amped up with soy sauce (which, as you’ll recall, was a Chinese introduction to the Philippines). The many variations of pancit, fried rice, arroz caldo (a chicken congee dish), lumpia, sawsawan sauces, and so much more demonstrate how influential each era has been on the Philippines’ culinary history, and how consistently these influences were parlayed into new, different dishes ?

And then came America. Following the Spanish–American War, the United States took control of the Philippines in 1898, and stayed until 1946. The U.S. military introduced a slew of American fast foods: hot dogs, hamburgers, SPAM, and fried chicken among them. They also brought with them the “cooking with convenience” techniques of freezing, pre-cooking, and putting anything and everything into a sandwich.

No matter what wonderful treats you try in the Philippines, you’re eating some of its history as you fill your belly. With influences from far and wide, Filipino food is both flavourful and fascinating. And G Adventures can get you there. Check out our small group tours to the Philippines here.