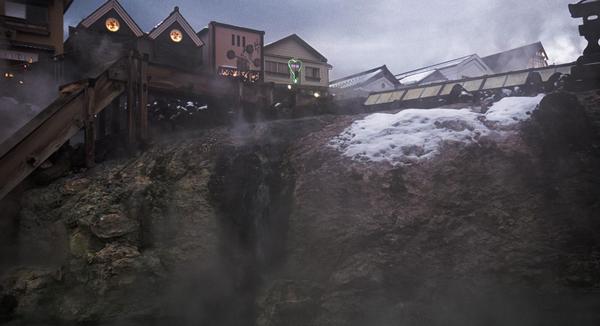 The brilliantly bizarre Kusatsu, about two hours from Tokyo, is worth the detour

If Kusatsu were a regular town, the yumomi would be the best thing about it.

It’s a kabuki-like show with women dressed in period costume cooling a 50-degree hot spring by rhythmically churning it with 1.8 metre-long wooden paddles while singing a little song that is not just a pretty entertainment, but the actual song women used to sing to keep the churning rhythm up during the Edo period (1603-1868) when this was the preferred way to bring the waters to a batheable temperature.

But Kusatsu is not a regular town.

There’s also the steaming and mildly sulfurous exposed spring that makes up the de facto town square is called yubatake and is surrounded by 100 granite fence posts, each with a kanji inscription commemorating the visit of a different luminary, like The Shogun Yoritomo Minamoto, who visited in 1193 AD; The Monk Bosatsu Gyoki who visited in 721; The Legendary Hero Yamatotakeru no Mikoto, the 12th emperor of Japan, who was (both purportedly and legendarily) there about six centuries earlier; and the architect of Thermae Romae, Lucius Modestus, an anime character who apparently somehow visited in 2014. There’s a story, I think it’s posted on a plaque on a rock nearby, about the Shogun Tokugawa Yoshimone, who was so impressed by what he heard about the waters of Kusatsu that he had his army march a pool’s worth of yubatake to him, one soldier per bucket, the 175 kilometres to Edo Castle in modern-day Tokyo. You know the old saying: If the shogun can’t go to Kusatsu, Kusatsu must go to the shogun. At least it’s mostly downhill.

In a regular sort of spa town, this too could make its case for being the main attraction.

There’s plenty to bring you to town when you’re in this part of Japan. It’s still a small town, with about 6,000 inhabitants, and though it burned down in 1869, the reconstructed town is made up of small, meandering streets lined with tiny shops and food vendors with seemingly endless supplies of free samples. Restaurants, bars, tea houses, and cafes abound, all hitting that sweet spot that you can only find in places that cater primarily to domestic tourists: overtly local treats and tchotchkes, but the actual stuff, not the sad and confusing results of second-guessing foreign expectations.

Whether you’re in nearby Nagano to wander (or ski) the mountains and tour the old Olympic grounds, or taking in the UNESCO World Heritage villages of Gokayama with their traditional gassho zukuri houses, the rough Japanese equivalent of the Tudor style (the oldest being from about the same era) with their steep sloped thatched roofs that exist intact nowhere but there.

In fact, the coastal middle section of the country — known as Hokuriku, on the north side of Honshu, the main island of Japan — is chock full of things they never told you about, places popular among the Japanese, but largely unknown to foreigners. Kanazawa is another. Dating in its current form from the 17th century, this is a samurai town. Unlike in most of the rest of Japan, where samurai tended to live in their own manors on their own land like the European aristocracy, in Kaga — an old province of Japan — the samurai all lived in town. It’s said that in the 17th century, three-quarters of the houses in Kanazawa were samurai houses. It retains its refinement to this day, when, in the absence of samurai, it’s known for its gold leaf (there are several places you can wrap your own micrograms of gold around chopsticks and whatnot to take home), and kagayuzen, a style of silk dyeing that, along with the Kyoto school, still produces the finest kimonos in Japan. There’s a museum there, helpfully called the Kimono Centre, where you can see current and historical examples, though the highlight is a glassed-in studio where you can quietly watch modern masters at work.

Back in Kusatsu, you can visit the Buddhist Kosen temple that looks down on the yubatake where a sign told me that, among various other bits and pieces of interest, there’s something called a fudezuka. This isn’t the only one there is, in fact, I’ve since found out, there’s everywhere. But this is where I learned about them, and so this fudezuka will always be nearest my heart. A fudezuka is a small mound of earth, under which are old writing brushes, reverently buried by their owners. I’m sure I’ve been more charmed at some point in my life, but I can’t remember when.

But, for me, what I found when I walked about 500m west of the yubatake was one of the best things I’ve ever encountered on my travels, right up there with a whole house filled with old Atis Rezistans sculptures in Port-au-Prince and a bar in Gaschurn, Austria, where drunk people play a laughably ill-advised game that involves hammers, nails, and sawed slices of tree. Surprises, in other words, that make the world seem a little better that you thought it was.

With foothills surrounding it, the town starts to thin out pretty quickly when you walk in any direction. In this direction, you begin to run into Sai no Kawara park, a gentle slope of green and stone that rises to another hot spring, from which 15,000 litres of water flow every minute. There are pools, natural and constructed, with names like The Devil’s Kettle and The Devil’s Sumo Ring, in which you can soak your feet. Overlooking the town in one direction as they do, and looking up at the mountains in the other, it’s a lovely place to take off your shoes and sit.

But the thing that got me, the thing I had walked beside for more than 100 metres without realizing what it was, is the result of that extreme amount of water flowing out of this spring. Mere pools, kettles, and sumo rings cannot contain it all, which means that the small river I was following is hot. A hot river. It’s perfectly clear, and resembles an actual river in every other way, except, of course, there are no fish, or anything else that can’t survive 40- to 50-degree heat.

I’ve been to Jasper and Radium and all over Iceland, where hot water bubbles up everywhere like the Texas tea in the opening sequence of The Beverly Hillbillies, but I’ve never seen a hot river before. It’s only once you do that you realize part of your very definition of a river is that it’s cold, with associated qualities like “fresh” and “bracing” being just as foundational. But a world that has hot rivers in it, bracing in entirely different ways, soothing, a literal mineral balm, steaming as it streams over rocks you could pick up and give yourself riverside hot stone treatments with? This is not a world I thought I lived in, but it is, and I like it a little better than the old one.

It’s actually more of a stream. But still.

Want to visit Kusatsu for yourself? G Adventures can get you close. Check out our small group tours to Japan here. 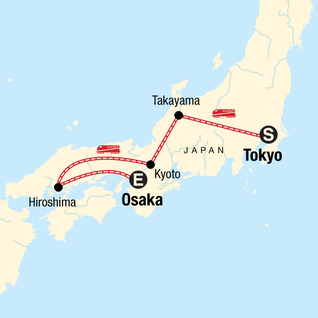 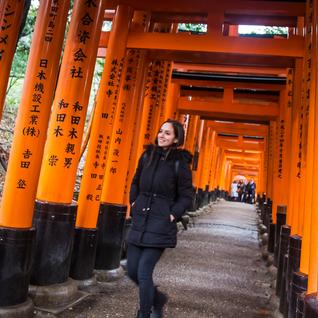 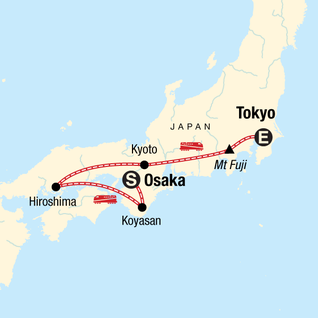 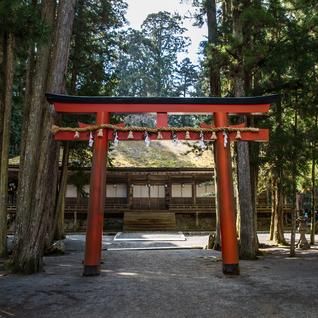 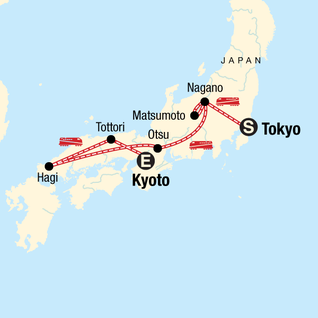 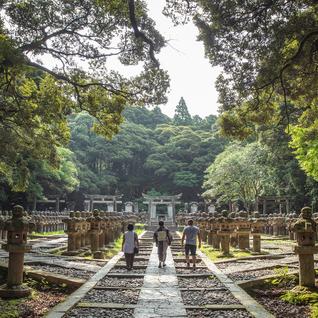