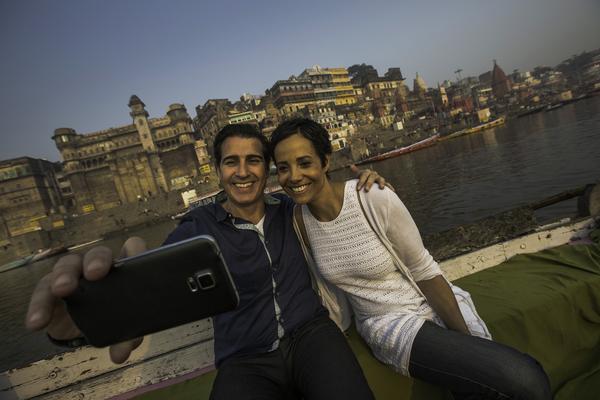 How to be a responsible travel Instagrammer

Cultural immersion, sampling the world’s culinary delights, getting outside of your comfort zone or witnessing living history: we all travel for different reasons. Yet in the Era of Instagram, travel has also become a chance to find pockets of far-flung beauty or a shock-worthy backdrop to share for likes.

This desire — to find, document, and share “Instagram-worthy” destinations — has given rise to behaviour that has put people, culture, and landscapes in serious jeopardy.

More often than not, this is due to travellers being well-intentioned but not well-informed. Here are some suggestions on how to be a more responsible Instagrammer while you’re on the road.

Case in point: In 2018, Jackson Hole Travel & Tourism Board in the U.S. asked visitors to stop geotagging photographs after a rise of people posting the same image of Delta Lake in the Grand Teton National Park resulted in nearby trail erosion.

It only takes one viral picture to spark a trend that results in greater human footfall than nature can handle Thousands of travellers lining up to take the exact same picture can desecrate and forever destroy the planet’s most beautiful landscapes.

1. If you are lucky enough to come across an isolated spot of wild beauty, don’t geotag it

2. Don’t geotag or promote places where the ecosystem is already weak and damaged

3. Show the reality of the tourism situation; posting a picture as if a natural area is isolated can result in a greater draw for tourists

Seeing animals in the wild is a bucket list item for many, whether that’s means viewing gorillas in Africa or elephants in Asia. But it’s imperative to do your research about best practices when encountering — and documenting — animals in the wild.

Highlighting the exact locations of endangered species can make it easy for poachers to find them, as these signs in a South African National Park illustrate. Don’t engage in and post pictures of abusive animal practices, such as elephant-riding, and don’t take selfies with wild animals — an issue Yellowstone National Park is having at the moment with people taking selfies with bison.

1. Do not geotag the location of where you spotted a wild animal — it could contribute to an existing poaching problem in the area

2. Do not ride or engage with wild animals that have been domesticated

3. Say no to animal selfies

No matter what, the publishing of these images can have consequences that can put children in serious danger. Not only does this contribute to a culture that perpetuates begging, but also reveals the location and identity of vulnerable children puts them at risk of human trafficking and other abuses.

1. Meet and engage with locals, and if you do capture memories of your host family or an event at which you met local children, keep them offline

From memorial sites, graveyards and tombs to shrines and temples, we should be respectful when visiting a site of great sanctity and oftentimes dark cultural significance.

This year, the Auschwitz Museum publicly called for people to stop posing on the train tracks that transported victims of the Holocaust to their deaths. Hashtags like #GrindrRemembers is raising awareness of the insensitive nature of those posing at the Berlin Holocaust Memorial for the ultimate profile picture on the dating app, much like the Yolocaust Project also called out offensive social media posts.

A place of solemn reflection is not a place for selfies.

1. While photography is usually allowed at memorial sites, remember: It’s a place to pay your respects — not to put yourself in the picture

2. In temples and tombs, observe the rules of respect and cultural tradition, such as dress code, the removal of shoes, and other religious rules (such as having your back facing the Buddha in Buddhist temples)

Destruction of public property and disrespect

The most common issue that is being called out right now — especially amongst educational accounts such as the Instagram account PublicLandsHateYou — is walking off designated trails and paths in order to obtain the best image for the ‘gram.

Even celebrities have been caught being irresponsible in nature: recently, Justin Beiber was in Iceland, rolling around in moss and sitting on delicate rock edges that are prohibited.

In some cases, Instagrammers are trespassing on actual private property: individuals have felt no hesitation standing on porches in Savannah, Georgia’s Rainbow Row. Meanwhile, in Hallstatt, Austria, bouncers have been hired at churches and cemeteries to prevent tourists from disrupting funerals and other important services.

1. In national parks and open spaces, always stick to marked trails and do not veer off-route, which will damage fertile soil, crops and flowers

2. If you’d like to visit a flower farm, contact the owner and ask for permission of entry to the fields. Many farmers now are charging entry fees as a means of controlling numbers

3. Never trespass on private property and respect the fact that, while a house may look pretty, someone lives there

Many people have a daredevil approach to adventure.

However, the need to achieve the “most adventurous” photo can come at the ultimate price: more than 250 people worldwide have died while taking selfies in the last six years, according to a study by the All India Institute of Medical Sciences in 2018

One woman fell to her death in 2015 at Norway’s now over-crowded Trolltunga Rock, which sees people queue for more than 20 minutes for a single shot. In 2018, an Instagram-famous couple tragically died taking a selfie at the 1,000-foot high Taft Point in Yosemite Valley. And in 2019, a man died after he fell off arim at the Grand Canyon trying to get the perfect shot.

1. If you picture looks as if you are sitting on a ledge with a huge drop, but in reality there is a small platform underneath, say so. Highlight the illusions of your image otherwise people may seek out actual dangerous backdrops for the same shock factor

2. Keep a safe distance from precarious spaces. Is it worth your life?

Fashion vs. function vs. cultural sensitivity

Get dressed up for travel photos that will be lifetime memories — but a great photo should never come at the expense of cultural sensitivity or personal safety.

Ask yourself two easy questions:,does what you are wearing encourage people to visit a location without appropriate attire, like tackling a hard hiking trails in heels or not being sufficiently covered-up in sub-zero temperatures?

Second, is your attire culturally insensitive? For instance, are you wearing shorts and a sleeveless top somewhere where shoulders and knees should always be covered, orgoing without a headscarf somewhere where wearing one is a religious law?

1. Research the dress codes in each country you visit

2. If you’ve changed outfits for the purpose of a photo, mention that in your caption in order to discourage your followers from getting ill or hurting themselves if they follow your lead

Capturing memories is part of the fun of travel, but it should never be done in a way that risks your safety, harms the environment, or is disrespectful to the culture of the destination where you’ve visited.

We might all be guilty of not having known best practises, but we can educate one another moving forward.