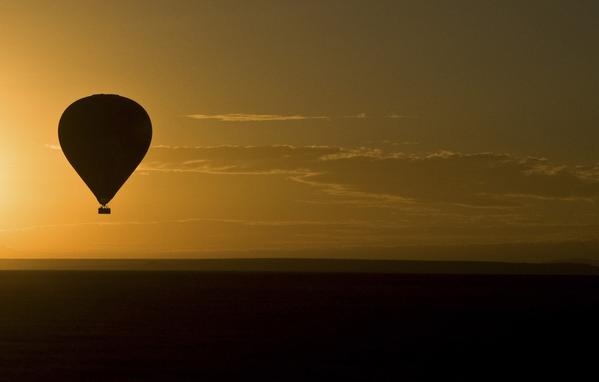 There's no shame in feeling homesick

...even if that means seeking out fast food as the cure

When you’re in any type of emotional or mental rut, it’s common for someone to suggest getting out of your comfort zone as a remedy. The idea is that that trying something new or being somewhere unfamiliar will help you forget about whatever problem you're having. In many cases, the specific suggestion is to find a new perspective by “getting away for a bit.”

Of course, travelling is not for everyone. It’s a luxurious and sometimes expensive way to work through a problem — not to mention the fact that travelling to “find yourself” has become a bit of a cliché on its own. But in a post-Eat, Pray, Love world, it’s difficult to not buy into it at least a tiny bit. It’s tempting and easy to believe that changing your environment can get someone to as close to a new start as possible.

Which is why, for some time on my own travels, I bought into the idea that doing anything even the least bit familiar would be wasting such a huge privilege. I believed that in order to have an “authentic experience” in a foreign country (the type of experience where you learn something about yourself and a new environment) meant never doing anything remotely familiar. I would find myself scrolling through social media feeds of travellers, scoffing and judging their choices to eat food you can find anywhere —?which, mainly, meant fast food, or restaurant-chain food. Itching to travel myself, I couldn’t believe they were wasting such a rare opportunity.

After a rough couple of years working at a dead-end job and not quite knowing what I was doing with my life, in 2013, I found myself with the opportunity to go an extended trip to Nairobi, where I had an uncle to stay with. I set my intention for the trip: I'd make it as authentic as possible. I would carpe every single diem. No opportunity would be lost on me. I’d say yes to everything and talk to every single stranger. It was exciting especially because, as a Canadian-born East African, this was going to be the first time I ever got close enough to where my parents were born. I was having the experience I was meant to have.

I had no idea what was going to happen, but mostly I was expecting a massive culture shock. Upon my arrival, I was pleased by how different everything felt; it was my first time seeing so many people who looked similar to me at once. But as my trip progressed, I began to feel homesick for smaller things I was used to.

Nairobi isn’t a very walkable city, so I had to rely on drivers and taxis to go anywhere. I had no friends and many of the locals or family members I met saw me as a naive and weak Westerner they had to babysit. Most embarrassingly of all, while the food was delicious and fresh, I found myself missing —?of all things — North American junk food. It felt stupid to crave a Big Mac or something equally as processed. Three countries on the continent of Africa that have McDonald’s restaurants (Egypt, Morocco, and South Africa), and so I longed even harder for some greasy comfort food. No fast-food options in Nairobi were even close to as disgusting as I wanted them to be.

Which is why, upon leaving Kenya to visit family in London and having a layover in Dubai, I made a beeline for the Golden Arches. I felt recharged. It tasted just like home —?so much so that I treated myself to a second Big Mac (which I later regret). It was as if a fog had been lifted.

It took me a few trips to come to this conclusion, but it's difficult to have a comfortably authentic experience in our increasingly globalized world, especially as a tourist. After my trip to Nairobi, I travelled extensively in the Middle East, Africa, and Asia, while also moving abroad to the Netherlands one year. The more I visited different countries with vastly different cultures to mine, it dawned on me that chasing after a “real” experience left me stressed out and unhappy.

Some days, I’d spend hours looking at maps I could barely understand (not having cellphone data means going old-school), finding ways to translate road signs, or asking someone whose language I couldn't speak for directions, only to find myself more lost. It’s stressful and tough, and there are only so many new experiences you can have before never wanting another “experience” again.

So I stopped being so judgemental and embarrassed by seeking familiarity and comfort. It took me many trips to find the right balance, but the true joy of travelling comes from going at your own pace. Sometimes that means not being an overly adventurous eater, or forgoing a rich cultural experience for a mall you know has at least two Zaras.

Homesickness is real and in my experience most avid travellers never want to really admit feeling it, as though confessing to missing the comforts of home makes you a less adventurous person. Now, when I travel, I make a point to walk into the first fast food chain I can find because it’s something to look forward to. I’ll never get over how you can travel halfway around the world, and Subway bread will still smell the same.

Not sure where to travel next? Consider one of our new tours.