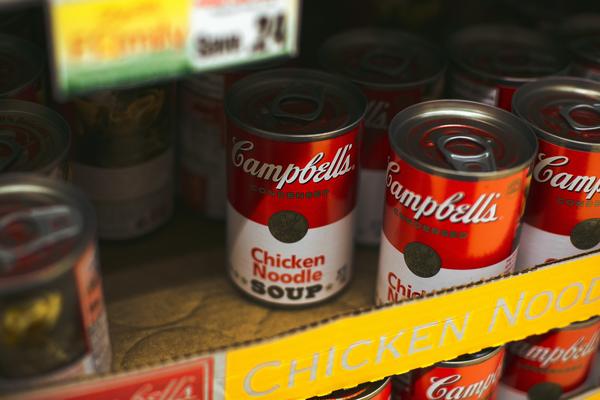 When the best souvenirs are from Wegman's

Or: What common pantry staples really say about a destination

The first time I went to Buffalo it was to save money on a flight elsewhere. We had heard horror stories of a crumbling downtown devoid of life. “Go straight to the airport!” warned various Facebook busybodies, assuring us there was nothing for anyone there. That was more a decade ago and, like most Rust Belt cities, Buffalo has been changing.

The restaurants, in what used to be a culinary wasteland, just keep getting better.

Quick tips: biscuits and collard greens at Toutant; charcuterie (and the deep fried clams) at The Black Sheep; cocktails at Vera and Buffalo Proper; spider rolls at Seabar; tacos at Lloyd Taco.

More than that, though, they just have this crumbling but proud, beautifully messed up city, where boarded-up houses and rusty chain link meet historic candy shops and reclaimed schoolhouses. The city is also a dream if you’re looking for unconventional souvenirs. These can include the culinary tchotchkes that can be found at yard sales or in old thrift shops where the employees aren’t savvy enough to mark up the Ironware and old milk glass, where broken-in, butter-soft leather goes for a buck or two not the double digits of the West Village or Williamsburg. This is the American heart of New York state.

We have a Ziggy mug lamenting the length of coffee breaks that we found for fifty cents at the AmVets. A relic from a simpler time when the little bald optimist — and his equally pessimistic cohort, Cathy — ruled pop culture by way of mugs and platitude-heavy posters, cards, and sweatshirts. The AmVets, too, is a relic from another time.

We drove to a Wegmans grocery store, ostensibly to look for road snacks before heading back to Canada. We ended up finding something else: The vintage Americana we’d been looking for in thrift stores and old diners.

Don’t get me started on old diners. My heart breaks again and again. Okay, I’ve started so please permit me a small digression here:

Old diners, once a sure sign of home-cooking for road weary travellers or secretaries on lunch break, are now the domain of Wonder Bread and turkey loaf. Mom and pop took off a long time ago, leaving the door open for Bob Evans and Cracker Barrel to faux-fill their spots, those kitchens run by disenfranchised staffers living below the poverty line and reheating food nobody’s grandma would recognize. Shed a tear.

But back to Wegman's. There, we found a roly poly chef on a can of Don Pepino Spaghetti Sauce. We were charmed by this old-fashioned image of a happy chef of yesteryear, and the label printed directly on the tin ensured bright, shiny colours. The beautiful font, the genuineness of it, it took us aback.

Then we spotted some Premium Plus oyster crackers, the label an old red and blue that didn’t appear to have been updated since the '60s; a sunshiny yellow can of Mancini Roast Peppers; a utilitarian, yet stunning, cake of Fels Naptha laundry soap; a tin of Old Bay. The old American labels unchanged, not new designs trying to look vintage. These were simply authentic, easily ignored, workaday stuff.

None of it being specifically sought out by gimlet-eyed millennials hunting likes. These sundries were just sitting there, minding their business, being shelf-stable and dependable as ever.

A treasure trove of images and artwork to be picked up and stashed away in our open-concept Canadian pantry. Displayed like a gallery exhibit in a fallout shelter, the cheery labels as much admired as the collection of wacky salt & pepper shakers or the cup full of swinging '70s swizzle sticks.

There is something here, something I can’t quite touch, more like a feeling. I can only liken it to when you feel the soft, frayed edge a faded Yankees baseball card, or see the cracked spine of a beloved Judy Blume book or hear Kevin’s voice narrating the Wonder Years. Maybe because it’s an America that only exists in our pop culture hearts, but I think it’s the one I love the most.

We have found ourselves in thrall to these edible souvenirs that we admire and never dip into.

Until we inevitably do, because we gotta taste what the Mancini family has been cooking up and canning since the 1920s. The cans never go away though: After we polish off the contents, the containers usually end up holding plants. I’ve got a beautiful hoisin sauce tin that is home to a very healthy Christmas kalanchoe, and that Mancini can has a delicate papaya plant, grown from sprouted seeds, just poking its head above the dirt.

And it all started in a Buffalo supermarket.