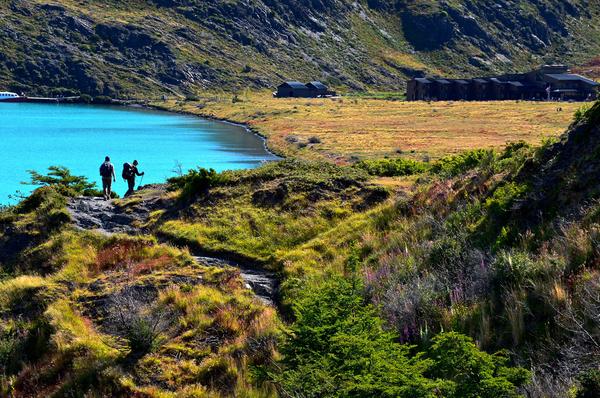 Shutter buds: A father-son rivalry for the perfect photo-finish in Patagonia

A tale of friendly, familial competition on the trail

My family has a bad habit of turning holidays into competitions. Christmas afternoons are reserved for vicious Settlers of Catan matches. Mother’s Days get sidelined by the Sporting Life 10K, in which my father, brother and I run through the streets of Toronto for a family trophy shaped like a horse’s ass (sorry, mom). Once, on a hiking trip through the Rocky Mountains, my dad and I placed a bet on how many shirts from said 10K we’d see on the trails.

Our fiercest father-son showdown is something we call the “photo challenge.” Whenever I travel anywhere with my dad, Gil, we each pick a handful of our best pictures from the trip and then politely force our family and friends to blindly vote for their favourites. On the one hand, it spares them the gruelling experience of sitting through a 200-plus photo slideshow after Thanksgiving dinners. On the other hand, we’re huge nerds.

We don’t make great travel companions for other people, either. Visit a Viking museum in Stockholm with us and we’ll spend half our time fussing with white-balance settings. Tag along on a trek through Jasper National Park and you’ll spend a half-hour at every waterfall, waiting for us to find the right shutter speed to turn that cascade into a silky spider web. (It’s worth nothing here that, despite our zeal, neither of us is a particularly great photographer.)

No destination has provided better fodder for a photo challenge than Patagonia. When I graduated from university, my dad took me to the region — the sparse southern portion of Chile and Argentina, and the namesake of the outerwear company I can’t afford to buy — to hike the W Circuit, a famous four-day trek named for the shape it cuts through the mountains.

They say you often get all four seasons in a single day in Patagonia, and if our trip was any indicator, it's true: On our very first ascent, through Torres del Paine National Park, the way up was a rainy slog (spring) that eventually turned into a violent hailstorm (winter). But the clouds surrendered to the torching sun (summer) as we reached our destination: the Three Towers, a trio of sheer rock cliffs that slice out of an impossibly vibrant turquoise lake. My dad and I spent an hour up there, contorting our bodies over boulders to get the perfect shot. (If you’re still counting seasons, autumn was our mild, leisurely descent.)

Our trip continued like that. During road-trip bathroom breaks, we’d wander off with our Nikons to catch a condor taking flight off a rustic fence post. At midnight, we’d sneak out of our bunks to capture the moon rising behind a distant mountain range. At the Seno Otway penguin colony in Chile, we spent most of our time stooped over guardrails, waiting for little black-and-white heads to pop out of the grass. Bizarrely, we bumped into the frontman of the Toronto indie band Tokyo Police Club at the Perito Moreno glacier in Argentina. Of course, I took a photo with him. It was out of focus:

One day, after a particularly gruelling hike above the charming Argentinian backpacker town of El Calafate, our guide offered to lead us just beyond our official turnaround point — an extra half-hour climb that he promised would be rewarded with a spectacular view. My dad and I exchanged glances and immediately knew there was no way either of us was staying back and letting the other get a crack a winning photo up there. I’m glad we stayed the course. It was a sublime panorama: the Majestic Monte Fitz Roy to one side, a shimmering lake to another, and a sprawling valley to a third. Short of travelling to the International Space Station, I don’t know what else might make someone feel so small.

I took (spoiler alert) the winning photo on New Year’s Eve. After an 18-kilometre hike along Lago Nordenskj?ld, named after the Swede who discovered it in the early 20th century, I was trailing the rest of the group. Just as our pit stop, Refugio Paine Grande, came into view, two fellow hikers crested over a ridge, and I captured their silhouettes against the lake. When I caught up to my dad and smugly showed him the photo —?which appears at the top of this article — he was not pleased.

A few weeks later, once we’d settled back in at home, my dad and I sent out our top shots, tallied the votes and shared the results. In an email to the judges, my dad wrote to me, “The crown is well deserved. Wear it well, for now.” He’d end up taking it back two and a half years later, with a gorgeous shot of trailhead foliage in Alberta. In fact, he currently holds the horse’s ass trophy, too, thanks to a fine performance in our latest 10K. That’s okay. I can still beat my old man at Scrabble any day.

Want to trek Patagonia yourself (or maybe with your dad)? G Adventures can get you there. Check out our small group tours to Patagonia here. 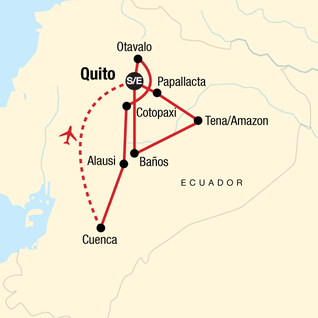 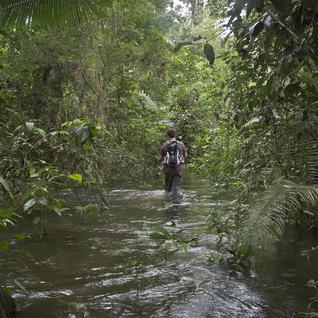 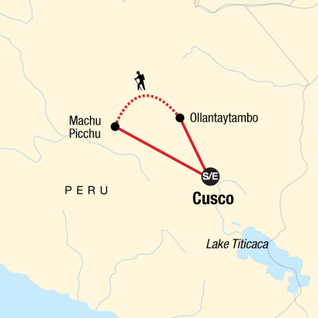 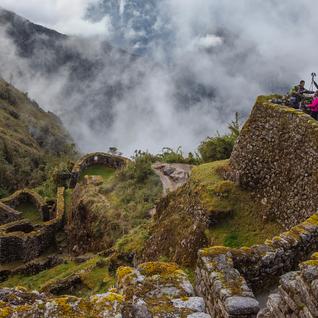