Eating in Marrakech: Even Foodies Get the Fear

Curious and helplessly ignorant about Morocco, I decided to study our guidebook on the flight into Marrakech. By the time Beth and I touched down at the city’s airport, I was prepared&#8211;tipping, cultural traditions, greetings and, of course, eating and drinking—for once, all my bases were covered pre landing. My cramming, unfortunately, had one side [&hellip

by Randy and Bethany Posted on 12 September 2012

Curious and helplessly ignorant about Morocco, I decided to study our guidebook on the flight into Marrakech. By the time Beth and I touched down at the city’s airport, I was prepared--tipping, cultural traditions, greetings and, of course, eating and drinking—for once, all my bases were covered pre landing.

My cramming, unfortunately, had one side effect: I now knew too much about dining precautions in Morocco. It took roughly three days for this parasitic knowledge to incubate, but when it hatched, I had a full blown case of the fear.

Our first 72 hours were spent at a resort outside of Marrakech's red walled medina. Being at the resort was like being back in the womb. With several restaurants and bars, life inside the property was tranquil and quite conducive to our busy work schedule. In fact, the only time we ventured beyond the high resort walls was for a guided camel ride.

For three days everything we ate came from the hotel. The free breakfast buffet, which we used to supply our lunch too, provided us with a fresh assortment of olives, cheeses, eggplant, yogurt and croissants. At night to keep our cost to a minimum, we’d order two margarita pizzas and a single beer. Inside the walls of the resort, we were sheltered from everything that makes third world countries amusement parks for adventurous foodies.

After the resort, we relocated to our next property, Riad Barroko, which is located in the medina. During check in, we spoke to the hotel’s manager, Jawad, and he gave us some tips and suggestions for things to do in Marrakech. For the sake of our American stomachs, he warned us to stay clear of the juice and sauces from the food stalls at Djemma el-Fna, the city's storied square and marketplace.

When we got to Djemma el-Fna later that night, a flavorful steam hung in the air from the beefy delights and petite sausages that sizzled over open flames from the recently assembled food stalls. Young men wearing long, white pharmacist coats paced the pavement in front of the establishments, spewing witty lines to anything with a pulse and two legs.

“Ah, Starvin’ Marvin, you are too skinny, you must eat!” a barker at food stall 77 (numbers are used instead of names) yelled to me.

“No, I’m good. I just ate,” I explained patting my stomach (a trick I learned from the guide book).

“OK, OK, well later then,” he said pointing to the number above his head. “Remember, 77 will take you to heaven!”

This routine repeated itself at the next stall–just a few feet from Mr. 77–and then the next and so on. Overwhelmed, we retreated to one of the sit-down restaurants that lined the square to eat and escape from the marketplace hustle.

Shuffling from one menu stand to the next, we finally chose a fairly cheap restaurant with an authentic menu. The place mainly consisted of a bustling sidewalk patio and we took a seat at the front. All around us people dined happily on tagines and couscous plates, but I couldn’t shake the uneasiness that swirled inside of me; this idea that beyond the view of the customer, ill-food preparation was taking place, and silverware and dishes were being washed in parasitic water. And it just wasn’t this restaurant, it was everyplace. I had the fear and it was beginning to consume me.

Crazy? Yes. The early stages of germaphobia? Probably. Over analyzing statements from the guidebook? Most definitely! I knew I was being irrational, but it made no difference. I ate my meal, a delicious meat tagine, with caution and sipped my Coca-Cola from its dirty, scratched bottle wondering if I would be better off pouring it into my water spotted glass. Beth, on the other hand, ate without fear. Taking a cue from the guidebook regarding the Djemaa el-Fna food stalls, she used her bread instead of utensils to eat her couscous.

Stepping back into the happenings of the square after dinner Beth glowed with excitement, while I confronted my fears openly with her: “I think I know too much,” I said. “I’m being overcautious and irrational, and I can’t shake it.”

“We should go to stall 32,” she said with a smile referring to a recommendation we got from travel blogger Jodi Ettenberg of Legal Nomads, who had been in Marrakech a few weeks earlier. “We could hit it up later before going back to the Riad.”

For the next few hours we wandered through the souks and open spaces of the market, haggling, getting lost and sucking up the atmosphere. No longer overwhelmed, my earlier weariness of the market scene had faded, and now it was time to get over my irrational food fear. It was time for stall 32.

The intensity around the stall rivaled a college bar at last call. Several men worked the grill, while another took orders from the quickly changing clientele who sat shoulder to shoulder at the trio of picnic tables placed into a U around the grill.

I did my best to dissect the hanging menu before sitting, but that did little good since the menu was in Arabic and French, and I don’t speak either. So as I sat, I surveyed the plates of the other diners and spotted some sausages that looked good, and pointed to those when the man came to take my order. Several minutes later a tin plate of sausages was placed in front of me along with several slices of bread, a glass bottle of Coca-Cola and a bowl of red hot sauce.

Before my irrational fears could take hold, I grabbed a piece of bread and swooped up a sausage into my mouth. “Wow, this is really good,” I said to Beth. She smiled and then went back to taking pictures. One by one I gobbled up the sausages on the plate, each one as good as the last. As I got to my final sausage I knew I had to try a little bit of the hot sauce, which had been silently egging me on like the bungee jump crane at a county fair since we sat down.

Reaching out to dip I looked at Beth and she gave me the go ahead nod. Putting just a little on the tip, I half expected my stomach to explode as I bit into the sausage but, of course, nothing happened nor did anything happen later that night. In fact, the hot sauce itself was kind of flat and bland. And now looking back, I realize that maybe Mr. Roosevelt was on to something when he said, “the only thing we have to fear is fear itself.” 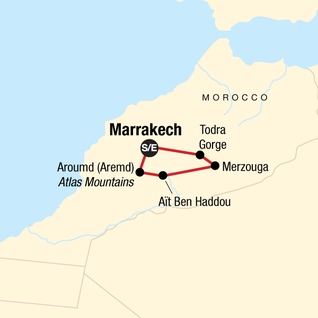 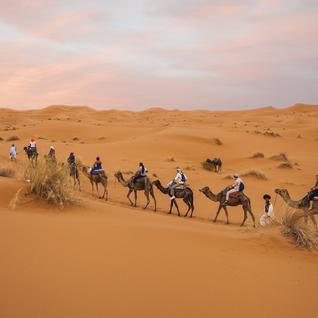