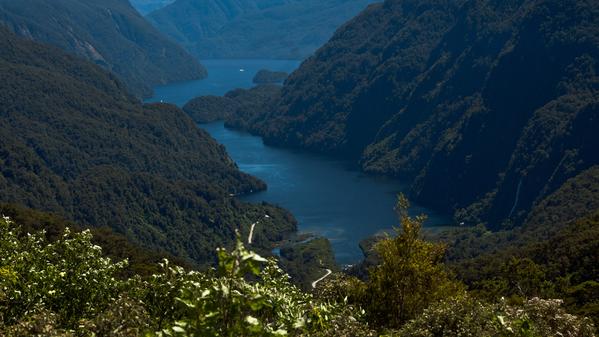 Journey back in time to a New Zealand that was only jungle, fiordland, and fauna, with travel writer and photographer Genevieve Hathaway.

by Genevieve Hathaway Posted on 22 February 2017

Maori legend tells of the Whanoa God Tu Te Raki, who dug three long valleys with his adze in the southwest corner of New Zealand. He made shelters there in case a great storm blew in from the ocean. Those shelters became the three arms and waterways of the colossal fiord Doubtful Sound.

There, dramatic peaks covered in prehistoric-era vegetation plunge steeply into the murky water. Fog swirls around the sharp ridges, clinging to the rocky outcroppings. Twisted, gnarled beech trees seem to pull the fog even closer to the mountains, as the sweet melodies of the many local birds fill the otherwise still landscape. Doubtful Sound offers travellers a unique, off-the-beaten path journey back in time to a New Zealand that was only jungle, fiordland, and fauna.

Discovered by Captain Cook in 1770, the fiord was initially named Doubtful Harbour as Cook was uncertain whether it was navigable. Later it was renamed Doubtful Sound by local traders, though, in fact, it is (and always was) a fiord; glaciers carved and shaped the land into the massive, water-filled valleys more than 500 million years ago.

I travelled there to see what made this landscape so well-known. As the bus from the Manapouri Power Station navigated the twisting, turning, single-lane mountain road connecting Manapouri Lake to Doubtful Sound, I stared out the window, marvelling at the prehistoric vegetation packed densely together. A sheer granite face rose on one side of our bus, while an impressive drop-off lined the other side of the tiny road. The forests that cover these sharp, dramatic peaks resembled the flora of the Jurassic era—so much that, as the bus drove, I half expected a Tyrannosaurus rex to come walking around the bend ahead of us! UNESCO honoured this unique forest by naming the area a World Heritage site because it contains some of the best examples of the vegetation from the prehistoric supercontinent of Gondwanaland. At 421m (1,381 ft) deep and 40.4km (25 mi) long, Doubtful Sound is the deepest fiord in New Zealand, making it three times longer than its more famous cousin Milford Sound (also a fiord).

Cresting over Wilmot Pass, we caught a glimpse of the full expanse of Doubtful Sound laid out before us, stretching all the way to the Tasman Sea. Then the fog swirled back in and again covered it back up from view. It rains nearly all year long in the Fiordland; the lush, rainforest-like vegetation is living proof of the constant wetness.

Reaching Doubtful Sound is an adventure unto itself. Our journey began in the small town of Manapouri near Te Anu. The first leg of the trip involved an hour-long boat journey across lake Manapouri, followed by a windy bus ride from the power station over Wilmot Pass down to the Doubtful Sound harbour. A limited number of boats have permission to operate in the fiord. And given the few boats and the massive size of the body of water travelling through, Doubtful Sound feels like being on an expedition to an undiscovered land. There are hardly any tourists, and almost none of the sounds of modern civilization — this quiet and stillness has earned the area its nickname: “Sound of Silence.”

Sailing through the three branches of the fiord to the Tasman Sea, we passed hanging valleys, cascading waterfalls, sharp rock peaks, dense forests, and fog that hung so close to the water that it seemed to merge with the sea. Besides the local birdlife, fur seals, bottlenose dolphins, blue penguins, and Fiordland crested penguins call this area home.

The placid waters of Doubtful Sound eventually gave way to the tumultuous waves of the sea. Fur seals sunbathed on the large rocks as violent surf crashed all around them. Baby seals rode the waves, expertly leaping onto the rocks as the swell lifted them toward the adults of the seal colony. Watching the last rays of the sun set behind the distant ocean, our boat turned back to the safety of the protected waters of Doubtful Sound. Like a ghost boat drifting through time, the mist wrapped around our vessel taking us back to the prehistoric world of Doubtful Sound.

G Adventures runs a number of departures to New Zealand encompassing a wide range of departure dates and activities to cater to different tastes. We’re thrilled at the prospect of showing you this enchanting country as you’ve never seen it — check out our small group trips to New Zealand here. 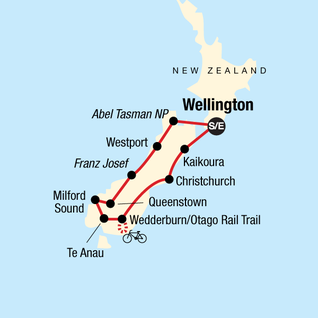 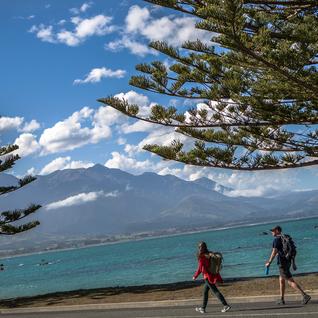 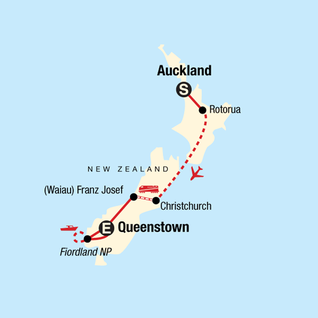 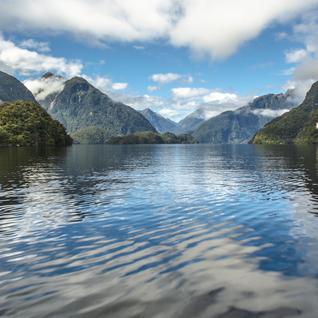 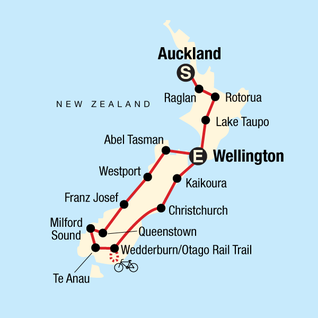 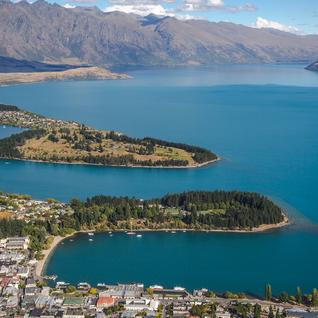