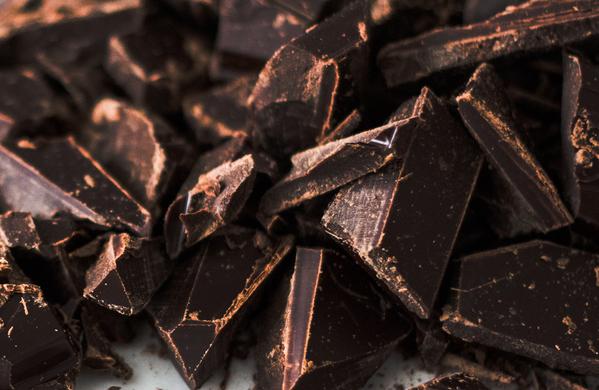 Beyond the bunny: Why chocolate is an important —?and complex — global crop

A meditation on the mighty cacao bean

Simran Sethi?is a journalist and educator, and a fellow at the?Institute for Food and Development Policy. She writes and reports on food and culture. She is the founder and host of?The Slow Melt, the award-winning chocolate podcast, and is the author of?Bread, Wine, Chocolate: The Slow Loss of Foods We Love, named one of the best food books of 2016 by Smithsonian. In other words: she's a bit of a chocolate expert — so we could think of no one better to meditate on the complexity of cacao, just in time for this weekend's egg hunts. ?

Where is the chocolate?

That was my first thought as I entered into a lush, dense forest in Ecuador where cacao — the pod-shaped fruit that becomes cocoa and chocolate — thrives. Chocolate has been my lifelong culinary companion: from birthday cakes and expressions of love to balms for heartbreak. But despite this connection, I couldn’t find my favoured food in nature, mainly because I had never considered its origin beyond the grocery store. There I stood in the chocolate forest, surrounded by towering trees full of large, multicoloured fruits, but I was lost. Was it a sap? A substance extracted from bark? Did the clusters of delicate blossoms that grew right out of the trunks of the cacao trees, at least smell like cocoa?

The answer to all of those questions, I soon learned, was no.

Chocolate comes from the seeds of the cacao fruit, held within rounded and oblong pods ranging in colour from bright yellow to deep purple. Carolus Linnaeus, the Swedish botanist who created the naming system used to classify life forms, included cacao in the mallow family of flowering plants along with okra and cotton and called it Theobroma cacao: “food of the gods.”

Cacao originated in the upper Amazon and grows in a band 20 degrees north and south of the Equator. The seeds — historically used in Mesoamerica during sacred rituals, as a form of currency, and to create a nourishing beverage — are enrobed in a creamy, whitish pulp that can taste like lemon, peanut brittle, or melon — or just about anything in between. And when I initially popped the fruit-covered seeds into my mouth, I was floored. First, because I was expecting to taste the familiar flavour of chocolate. But also, because this wide range of flavours hinted at my second forest revelation: Chocolate isn't just one flavour. I have said this many times because, to me, that discovery is one of the most fascinating aspects of chocolate. I grew up thinking chocolate was one dominant sensory experience, but the wide range of smells and tastes contained within it make it one of the richest and most complex foods in existence. That is, if we allow for it.

Traditional candy bars, like Flake and Wunderbar, value consistency. The beans that are used in these confections are typically sourced from the commodity cocoa market that’s defined by fungibility — the ability for one cocoa bean to be replaced by another, no matter where it’s grown. Any flavour diversity found in the cocoa is blended out or hidden behind sugar, milk powder, and inclusions like caramel and nuts. This type of cocoa represents the majority of what’s grown, most of which comes from West Africa. It’s cocoa that gets the job done; it may not have deep nuances in flavour but offers a high yield — a way for the world to get its chocolate fix.

This type of flavour isn’t inherently bad — I don’t think anyone could argue the deliciousness of a Twix bar — but anyone who has had, say, a specialty coffee from Ethiopia (the birthplace of the beverage) or a handcrafted buffalo?mozzarella?from Italy can tell you diner coffee from a hot plate or string cheese wrapped in plastic are vastly different substances. They differ not only in flavour, but in how they are produced, the amount of labour that goes into making them, what farmers are paid and, ultimately, what they cost.

The truth is, it’s not enough. Both the cost and wages are too low. In Ivory Coast and Ghana — the leading producers of cocoa — farmers earn between $1.50 and $2.50 CAD a day. Despite the fact that they toil to grow the foundational ingredient in chocolate bars that bring joy to so many, they earn roughly 6% of the final cost — a price as gutting as it sounds, especially considering the bottom has pretty much dropped out of the commodity cocoa market since 2016. Farmers are not able to earn a robust living, and, in turn, have resorted to deforesting huge swaths of rainforest in an attempt to grow more cocoa. Or , they have turned to other crops, or illegal mining.

I am often asked how we can make this better and improve the lives — and livelihoods — of these farmers. This is a systemic problem and there are no easy answers, but it starts with celebrating chocolate and its amazing, time-consuming transformation from blossom to bar — and being willing to pay for the effort of the many who make it possible. ? Flavour starts?with the microorganisms in the soil, the genetics of the plant and how said plant responds to sun and shade. Then, there’s everything that happens once the pod is harvested: sorting, fermentation, drying, storage, and shipping. Once the cocoa beans are in the hands of the end maker or manufacturer, they are roasted, shelled, milled, ground, and slowly conched (heated and blended). Additional ingredients, such as sugar, milk powder, and an emulsifier, are added before the bars are tempered, moulded, chilled, and wrapped.

The process is humbling.

The people who get the most credit for drawing out deliciousness are makers, and they are most definitely a vital part of the process. But they will tell you —especially in the?more specialized industry?of?craft chocolate?where the flavours in cocoa are highlighted — that you can’t make good chocolate from bad beans. ? Since my first day in the forest, looking for chocolate, I have traveled to?cocoa origins?all over the world. Farmers and those who ferment cocoa are integral to the flavour of chocolate, as are the places where diverse varieties of cacao plant are grown. Ghana’s cacao, for example, is considered the baseline for that cocoa flavour we know and love, but cacao also comes from places ranging from Papua New Guinea and Vietnam to Ecuador and Madagascar.

Each one of these areas is known for different nuances in flavour. For example, cocoa from Madagascar has a tart fruitiness that is reminiscent of a Granny Smith apple, while Ecuador is known for cocoa that’s nutty and floral. (These are generalizations because, as with wine and cheese, there are a great range of tastes and aromas even within a single country.) Every one of those smells and tastes — all that deliciousness — is a celebration of diversity and the people who have worked so hard to bring it forth. ? When writing?my book?on food and flavour, I had the opportunity to visit a cocoa farmer named Vicente Norero, based in Guayaquil, Ecuador. In the final hours of our first visit, he turned to me and said, “You are eating a story.” In the chocolate bars made with cocoa from his farm, he reminded me I was eating?his?story — “my history, my work, my hopes, my legacy.” ? This is what we have the chance to discover through our travels, when we treat chocolate not just as candy, but as something precious: a food of the gods. There is a world behind the bar — one that brings greater understanding and joy, and can nourish us deeply.

Check out our small group tours to Ecuador — one of the world's most important producers of cacao —?here. 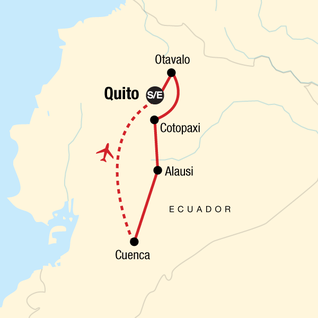 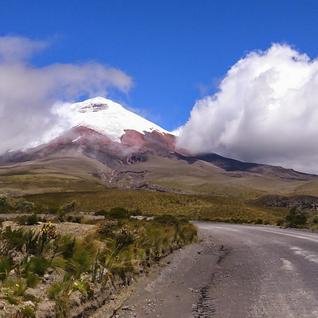 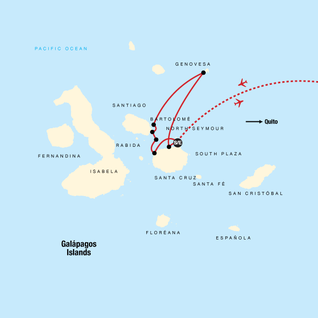 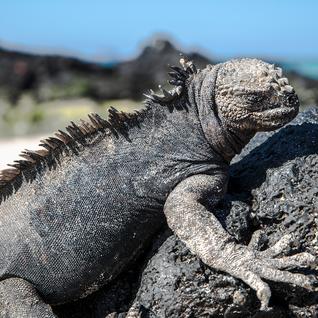 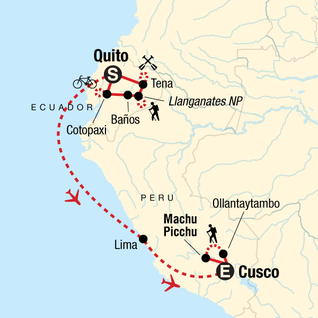 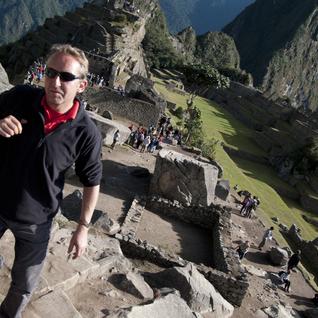