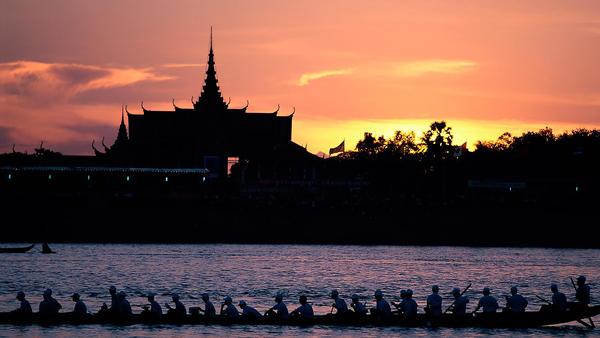 5 things you need to know about the Cambodian Water Festival

The annual celebration is a feast for the senses

In November, Cambodia erupts into one of the biggest celebrations of the year with Bon Om Touk, otherwise known as the Cambodian Water Festival. Here are five interesting, essential facts about the party:

Why does it exist?

The annual festival marks the end of Cambodia’s rainy season, which often coincides with the reversal of Cambodia’s Tonle Sap River and the resultant flooding of the Tonle Sap lake. Bon Om Touk has been celebrated in Cambodia since as early as the 13th century, and signifies a celebration of water as an invaluable, life-giving resource: when the lake floods, it becomes a significant source of fish, and the surrounding farmland benefits from an increased surplus of minerals from the lake.

Where does it take place?

Bon Om Touk is celebrated throughout Cambodia — though the size of the celebrations varies depending on location. In Siem Reap and Phnom Penh, for instance, the festival is commemorated with boat races. In smaller communities, celebrations include special feasts, performances, dances and parties, and there are songs centred on Bon Om Touk that are commonly performed during the event.

Anyone and everyone! Bon Om Touk is a non-religious celebration. Several events — such as the boat races, which are said to celebrate a Khmer military victory in the 12th century —?have cultural and historical precedent, so it’s worth learning more about Cambodia’s rich heritage before joining the festivities.

When should I go?

Bon Om Touk only takes place once a year —?in October or early November — and the exact date varies. In 2018, the festival takes place from November 22-24.

What should I wear?

Cambodia is hot year round, so depend on daytime temperatures in the low- to mid-30s Celsius (high 80s to low 90s Fahrenheit). Nights during the later part of the year can be a bit cooler, averaging around 22 degrees Celsius (71 degrees Fahrenheit). And while Bon Om Touk is not a religious festival, you may wish to visit a temple (or several) during your visit; for this, you will need to pack conservative dress that covers your knees and shoulders, and women may need a shawl or scarf.

Ready to take in the sights, sounds and tastes of Bon Om Touk? G Adventures can get you there. Check out our Cambodian Water Festival trip here. 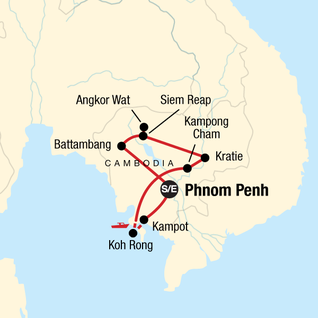 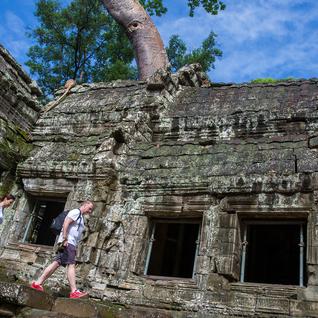 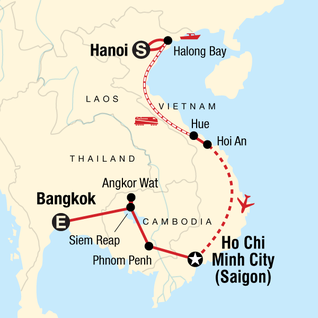 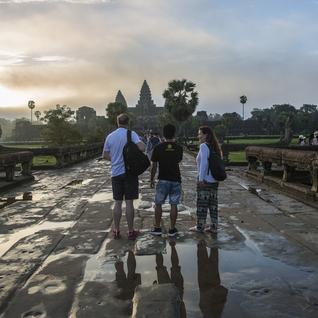