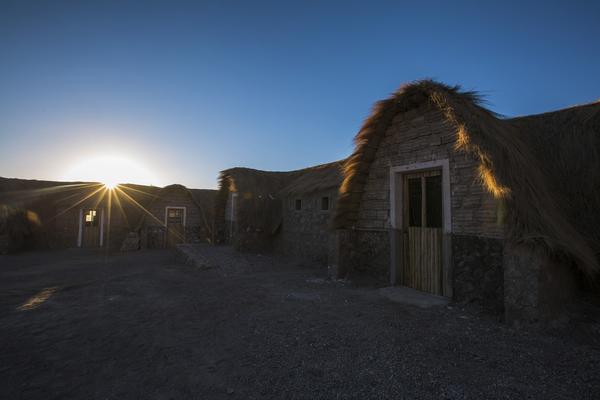 'It gives us opportunities:' Bringing Bolivia's Jukil Community Lodge back to life

by Rebecca Tucker Posted on 29 September 2017

Bolivia is one of our Where to Travel destinations for 2018. Click here to see the full list!

In mid-July, Santiago de Agencha is cold. At that time of year, temperatures in the Bolivian community, which is located in Potosi at 3,723 metres (12,214 feet) above sea level, hover in the low teens during the day; at night, they can dip below zero —?but, since it’s bone-dry up here, you can’t see your breath.

Even without the striking journey from Uyuni to Santiago, via Bolivia's famous salt flats, Santiago is beautiful in itself: the forests of tall cacti that dot the rocky, almost vegetation-free mountainous terrain give the area an exceptionally otherworldly appeal — and that’s saying something, considering the otherworldliness of the salt flats you have to cross to get there. But the region’s low temperatures, arid landscape and remoteness — there’s no wifi in these parts?— make Santiago de Agencha, on first glance, a tough environment for locals, and more so for travellers. Very few people live in Santiago de Agencha — on our drive through the region we were just as likely to spot a herd of roving vicu?as as another human being (if not more likely).

We arrived at Jukil on a Wednesday afternoon in July, after a journey that brought us from the airport at La Paz — which, at more than 4,000 feet above sea level, is the world’s highest airport — to the airport at Uyuni, then across the flats and through the mountains another 45 minutes or so. In short: the trip was long. Almost immediately after we turned up, we sat in the lodge’s large communal dining room, which is filled with giant tables and sturdy stools made from massive bricks of solid salt cut straight from the salt flats, and were served a steady procession of body-and-soul-warming food: rich, hearty stews of chicken, corn, and purple potatoes; hot rounds of fresh-baked bread; and tall cups of a drink made from quinoa that’s toasted, boiled, spiced and sweetened, then strained and poured hot. If it hadn’t been midday, we might have gone to bed — full-bellied and cozy — then and there.

Jukil Lodge is a beautiful, welcoming haven in the mountains of Potosi, but it wasn’t always this way. From 2011-2016, it was closed due to poor infrastructure and lack of customers. Prior to its closure, the Lodge had depended, largely, on luck to survive: rather than booking regular groups, Jukil instead hosted the occasional traveller who had journeyed across the flats and was seeking accommodation for a night or two. It wasn’t enough to sustain the lodge —?or to keep the residents of Santiago de Agencha from seeking employment elsewhere, in Bolivia’s more economically developed communities and municipalities.

G Adventures and Planeterra stepped in in 2016, and —?with support from Live Out There and Altitude Adventures —?renovated and expanded the community-owned lodge. Jukil can now host 42 travellers at a time in its tiny village of salt-and-stone cabins, each of which is equipped with hot showers (tanks of water are heated using solar panels) and soft mattresses. The floor of the cabins, like the walls, is made of salt —?only here, it’s granular. If you’re of the mind that salt caves are good for the health, Jukil just may be the most restorative night’s sleep you can get. (Frankly, it is even if you aren’t.)

But cozy accommodations and welcoming amenities are only half the story. With Jukil’s capacities and staff expanded —?and plans in place to provide employment opportunities for more locals still —?the small workforce of Jukil needed to fine-tune its skills. So, this past spring, Planeterra brought a group of five community leaders from Jukil to the Parwa Community Restaurant, a Planeterra project in Peru, for a week-long internship of sorts. There, the individuals from Bolivia were fully immersed in what it’s like to run a successful social enterprise, even living as travellers for two days.

“The purpose of the trip was to see how the travel industry works in Peru, and how other community tourism enterprises are running their operations,” Jukil manager Nico said during our visit. “It’s very important for us to see how other communities highlight local culture for travellers.”

Among the Jukil employees to travel to Parwa was Jamina, a woman from Potosi who works in the lodge kitchen. She said the trip —?her first time travelling out of the country as a tourist —?was invaluable for the experience of observing the women of Parwa interacting with travellers on a large, constant scale. “We learned how to receive travellers the way they do,” Jamina said.

She also said that some of Parwa’s other initiatives —?like an on-site greenhouse, in which the restaurant grows its own food — inspired Jukil to consider how they might implement similar systems in the future. And the women’s weaving coop, another Planeterra project in Peru’s Sacred Valley, left her personally inspired: “I saw how [they were] dyeing wools with plants,” she said, “and here we have lots of plants and roots. I’m interested to learn more about dyeing, because we have wool here.”

Learning about social enterprise and tourism, from Parwa and elsewhere, is important to Jukil, because the lodge and the travellers who pass through are economically important to the community. “It gives us opportunities,” Nico said. “Many young people are going to cities, looking for jobs, and we want to make opportunities for them here. And we will be able to improve our quality of life.”

**Quotes have been translated and edited for clarity.

Ready to visit the Jukil Community Lodge? G Adventures can get you there. Check out our small group tours to Bolivia here. 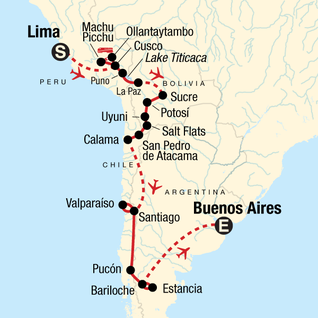 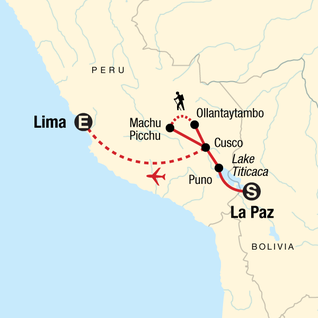 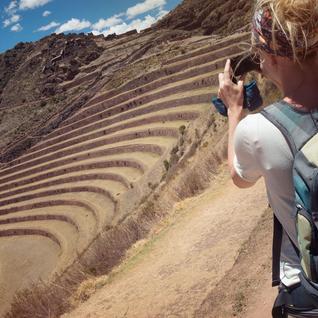