The Foods of Australia

While a lot of the food on this list is similar to what a western palate is used to, there are some items here you'll HAVE to try when visiting Australia.

The majority of food in Australia is similar to foods that you will find in other parts of the western world like North America and the UK. There is a large Asian influence on their food due their proximity to the continent; however, Australia doesn’t really have a known cuisine or style of cooking. Rather, there are various different types of foods and fusion that are uniquely Australian.

If you're visiting Australia, here are a few of my suggestions for must try quintessential Australian foods.

Both are a type of Australian cookie. The TimTam is a multilayered chocolate biscuit coated in chocolate. They come in various flavors aside from the original - such as dark chocolate, caramel and mint - and in recent years can now be found on grocery shelves outside of Australia. They are also popular for the “TimTam Slam” where a person bites off diagonally opposite corners of the cookie and then sips their tea or hot chocolate through it.

ANZAC stands for the Australian and New Zealand Army Corps. The type of cookie relates to the Army Corps fighting in WW1 whose wives would send them these cookies overseas as their ingredients did not spoil easy and could last the long journey to their loved ones. They are now a favorite of many in both countries.

Aside from the typical beef and pork, some Australians also like to cook up other animals that live on the continent to eat (or to at least convince tourists to eat them). There is the Emu, the largest native bird in the country, the crocodile that can be found in the northern areas of the country, and of course the kangaroo. Kangaroo is definitely my favorite - it is very tasty and is actually the leanest meat that you can eat.

Similar to the dish chicken parmesan, in Australia the chicken parmigiana is their spin on the Italian dish. It's typically made with chicken schnitzel covered in tomato sauce and cheese with the addition of a slice of ham on top, and is served at many pubs across the country with either fries or a salad as a side.

These aren’t just plain potato wedges. Australian potato wedges are spiced up a bit and are served with a mixture of thick sour cream and sweet chili sauce that you dip them in. Very tasty.

You can’t have a list about Australian foods and not include Vegemite. This brown breakfast spread is quite simply vegetable and spice additives mixed with the main ingredient of leftover brewers’ yeast extract. Rich in B vitamins, vegemite is salty and bitter to the taste. Australians that grow up eating it love the stuff, while many people who try it later in life (like myself) can’t stand it.

Another dessert dish on the list, it's widely disputed whether pavlova's origins are Australian or New Zealand. Similar to a meringue, cornflour is a main difference in the ingredients between the two, and it gives the pavlova its texture - hard on the outside and soft on the inside. It is said to be hard to make perfectly, as the dessert may deflate if done incorrectly.

Inspired by Chinese dumplings, Dim Sim are much larger than the typical dumpling and have a thicker skin. They can be steamed, deep-fried or BBQ’d. Originating in Melbourne, aside from being on menus in restaurants they can also commonly be found in corner stores and service stations.

Lamingtons are a simple Australian dessert popularly sold in cafes and bakeries. They're made of sponge cake either dipped in chocolate or covered in chocolate icing with desiccated coconut sprinkled over top. Lamingtons are also a popular food sold by students for bake sale fundraisers, aka Lamington drives.

Popular in various places around the world, these made the list because Australians are obsessed with meat pies. Shops selling meat pies can be found on almost every corner in the big cities. Typically in Australia the meat-pies are small and hand sized and are great as a to go food. Some even consider it as the country’s national dish.

Last but not least is Australia’s choice of interesting burger toppings. There are three popular items that you will find on your burger in Australia that might be slightly out of the ordinary from what you are used to; however, they are all quite tasty: pickled beetroot, grilled pineapple, and a fried egg. Would you eat any or all of those on a burger at once? Order one by either asking for “the works” or a burger with “the lot”.

Sadly “shrimp on the barbie” did not make the list, quite simply because no one says it there. They call shrimp “prawns”. It just doesn’t have that same ring to it “prawns on the barbie”. Let me know what other Australian foods you think should be on the list, or what foods you'd want to try when visiting Australia.

G Adventures runs a number of departures in Australia encompassing a wide range of departure dates and activities to cater to different tastes. We’re thrilled at the prospect of showing you this big blue planet of ours — check out our small group trips here. 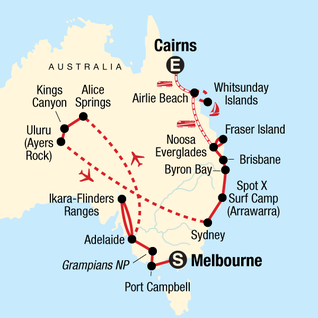 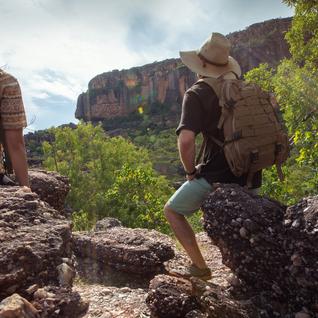 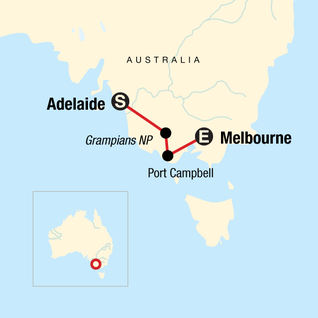 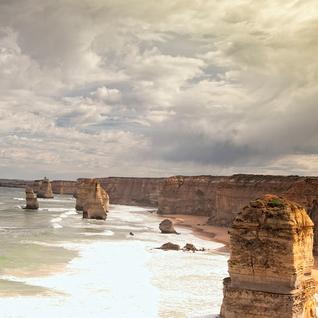 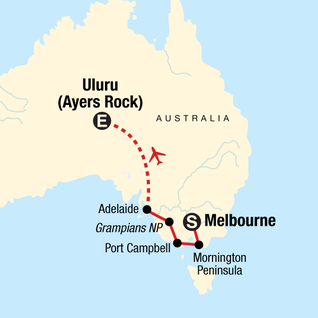 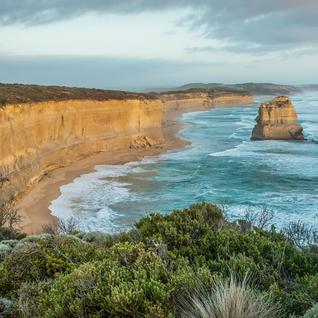