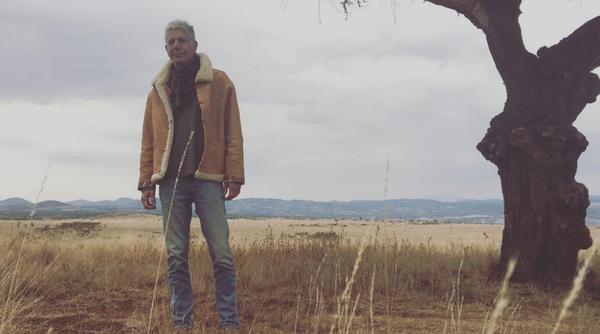 Anthony Bourdain saw the world as a work in progress

What the late cook, writer, and TV host taught us about learning through travel

For a lot of people who don’t even know it, that might have been in the 1980s and 90s, in New York City, where Bourdain first cut his teeth as a line cook and eventually executive chef at Brasserie Les Halles. For more still, it was with Kitchen Confidential, the irascible, acerbic, totally-unlike-anything-that-came-before-it memoir-cum-confessional of Bourdain’s early life, struggles with drug addiction, and experience in professional kitchens. A year later, you might have seen him on TV, in his first culinary travel series, A Cook’s Tour, which ran to 2003; two years after that came No Reservations, his second foray into the small-screen. And then came Parts Unknown, his award-winning, critically acclaimed CNN series, which he had hosted since 2013.

Bourdain was a cook first, a writer second. But for, I would wager, the vast majority of people who this morning found themselves shocked at the news of his death at 61 years old, Bourdain was first a TV host first, and second, a traveller.

The way he travelled was, of course, structured around the narrative of what he ate while he was in any given location. But his cook’s tours (and his Cook’s Tour) weren’t just a matter of eating for eating’s sake — yes, Bourdain practiced about as much restraint in his eating habits as he did with his writing: in both cases, he was ferocious, endless in his curiosity and unapologetic in his opinions. But to Bourdain, on TV as in life, food was a way to understand the world, and a way to help others understand it, too. He saw — and communicated — every meal, every bite, every ingredient as a small piece of a larger cultural, historic, and economic puzzle, no matter where he was or what he was eating.

Bourdain used food and travel as a force for understanding, but that didn’t always come with a silver lining. Frankly, more often than not, it didn’t: through his books, his TV series and his writing elsewhere, Bourdain’s understanding of the way the world works — born of his culinary investigations at home and abroad and fine-tuned through his preternatural skepticism, eternal cynicism, and overwhelming desire that things be better — was expressed through exasperation, frustration and, often, anger. When he travelled he learned, and when he learned, he learned about injustice. And Bourdain, ever the fiery New Yorker even when abroad, didn’t shrug at things that made him angry. He petitioned for them to change. He spoke out against the systems that held them in place. And he communicated them to his legions of followers and fans, so that we, too, might be inspired to get out there, to get a bit angry, and to get involved in making things better.

But when Anthony Bourdain wasn’t angry at the world for being less perfect than he felt it ought to be, he was in love with it. Through food and travel, and through his TV series’ investigation of the way people different cultures eat, share, and live, he showed us a sort of remarkable sameness: everyone eats, yes, but everyone also laughs, cries, works, celebrates, and suffers before, during, and after their meals. And everyone, ultimately, wants the best for themselves — which isn’t a bad thing! — and for the people they love. I think what comes through his travels, his writing, and his frustration, is that that’s also what Anthony Bourdain wanted.

It can be tempting to ignore people who constantly point out when and where things are broken, but those are often the people who care the most about getting things fixed. Anthony Bourdain was one of those people. The best testament to his memory would be continuing to see our planet as a work in progress, so we can work — through anger, through frustration, through compassion, through empathy, or, maybe, just through a shared meal — towards making it a more perfect place.