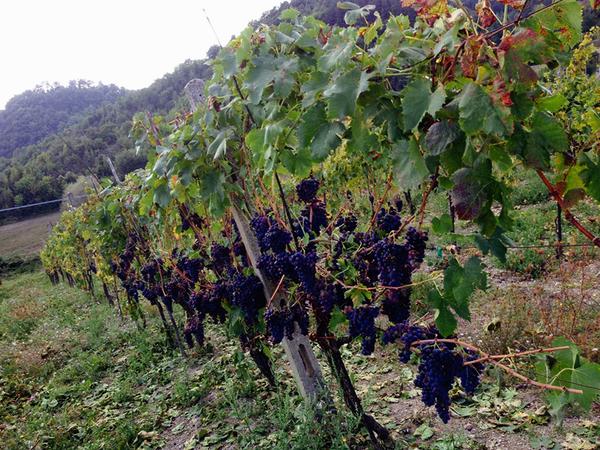 5 reasons to take a day trip to Orvieto

The adorable hill town is just a hop, skip, and jump away from Italy's most-visited towns and regions

People do Orvieto a disservice when they begin by talking about its stunning views of the countryside. The picturesque perspective comes courtesy Orvieto’s perch atop a pillar of volcanic rock, standing aloof from the rolling green hills of Umbria like some castle out of Game of Thrones.

And nor should Orvieto’s in-the-know boosters lead with talk of its Duomo (cathedral), despite its being arguably the most imposing and artistically blessed among its rivals in all of central Italy’s hill towns.

Don’t lead with these, because someone might say: Big deal! Just about every place in Italy has some fancy church or cathedral, housing some important art; and plenty can boast of a heart-stoppingly pretty view.

Ah, but wait: Orvieto’s list of virtues keeps going well past these two ticked boxes, onward onto some unique charms. People who are connoisseurs of Italian hill towns — don’t laugh, you’ll likely join that club if you visit a few — usually name Orvieto among their favourites. So it’s quite the mystery that this jewel of Umbria is seldom included on the list of destinations for first- and second-timers to Italy, and nor does it seem popular enough to be overcrowded, even in high summer. (You can’t say that about Siena, Montalcino or Assisi.)

You haven’t really experienced Italy until you’ve spent time exploring the steep, cobbled streets of a hill town in Tuscany or Umbria —?on G Adventures' Local Living Italy trip, for instance — gently soaking in the vibe of a region that appears laid-back despite its passionate, centuries-long commitment to excellence in food, art and the refinement of civic life.

So why head to Orivieto? Here are some reasons.

Orvieto has a long-standing thing for pigeons

Take a tour of Orvieto’s subterranean caverns, carved out of volcanic rock (“tufo” in Italian), and you’ll be led into chambers with one open wall facing the countryside, with the rest of the walls pitted with bird-sized cubby holes. From ancient times these have housed Orvieto’s pigeons, which the residents didn’t raise as a hobby, but as food. Pigeons made an especially handy form of nourishment during wartime, as the birds could soar past any siege forces, feed themselves, and return fattened for their owners’ convenience.

Pigeons remain a staple of Orvieto’s restaurant menus today. They’re prepared with special expertise at the high-end, Michelin-recommended I Sette Consoli, where you can dine on truffled bird while sitting under a canopy tent in the restaurant’s secluded back garden.

And if you’re not keen on pigeon …

You can eat the best spaghetti carbonara in the world here

Though the dish is reputed to have originated in Rome, many believe the best spaghetti carbonara is to be found at the humble Trattoria Mezza Luna in Orvieto.

There are many debates about the ideal way to serve carbonara, but Mezza Luna’s way is indeed best, to wit: chunks of salty, heavily peppered pancetta coated in grated parmesan nestled in a tangle of firmly chewy spaghetti that glistens yellow with a coating of egg yolk. There’s enough umami here to rival the heartiest bowl of ramen.

And to settle the great debate when it comes to pairing wine with spaghetti carbonara — namely, should it be red or white? — the locals dining at Mezza Luna appear to favour the latter. Follow their lead. And while in Orvieto ...

You can learn about white wine for a change

Most wine tourists tend to flock to the birthplaces of the famous reds when touring Italy — those Brunellos, Barolos and Chiantis you hear so much about. Orvieto’s local specialty flies under the radar because it’s a white wine: Orvieto Classico is typically a gentle, food-friendly style that can offer flower and honey aromas to go with a moderate but refreshing acidity.

(The fact that the region is known for white wine as opposed to red probably explains the frequency of signage in German here — white wine is especially popular in the German-speaking world.)

Orvieto’s signature white wine is available everywhere in town, naturally. You can count on Enoteca al Duomo, next to the cathedral, to stock examples from several different producers. Or explore the narrow alleys to root out Il Negozietto, a little charcuterie shop where you can use a wine barrel as a tabletop while alternating between sips of Orvieto and nibbles of local cheeses and salty sheets of boar prosciutto.

To understand the wine more deeply, visitors can book a tour and tasting at Decugnano dei Barbi. A fairly major producer, Barbi will arrange for a car to pick you up in town if there are enough takers that day. It’s a half-hour drive up through the hills, along twisting switchbacks to reach the breathtaking hilltop estate. Upon arrival, you’ll also get to sample the local style of dessert wine, which, like its ideal partner blue cheese, has a slight and deliberate flavour of rot.

Finally, for something to bring home, the best liquor and wine shop in town is Enoteca La Loggia.

You can walk among Etruscan tombs

Whereas the famous Tuscan hill town Cortona boasts a nice Etruscan-focused museum, Orvieto has its own (even better) museum, plus a whole necropolis of Etruscan tombs that you can walk among and explore — and yes, even touch. Perhaps owing to Orvieto’s slightly-off-the-radar, not-too-crowded vibe, visitors at the Necropoli di Crocifisso del Tufo are pretty much left alone by the staff (which may include American archaeology students, if you visit during the summer).

So go ahead and freak yourself out by stepping right into the moss-covered tombs, which the Etruscans — a pre-Roman people who had a fondness for funny-looking animal art — built out of slabs of volcanic rock. Archaeologists have removed the human remains, and a wide selection of the grave goods is on view at the museum next to the Duomo. Inside the tombs it’s just you and the phobia-inducing triple threat of spiders, close quarters and reminders of death.

Orvieto is convenient to reach

Travellers exploring Italy by public transportation instead of renting a car will quickly realize that many of the famous hill towns are reachable only via awkward transit connections. Sometimes the journey involves pokey regional trains with complicated schedules, or sometimes buses — which can be even pokier and have even harder-to-decipher timetables.

Orvieto, on the other hand, is the only certifiably adorable hill town that happens to be reachable by direct train from both Florence and Rome. Head north out of Orvieto and you’ll watch the evergreen-and-sepia Tuscan countryside zip past you for just under two hours, then bam! You’re in Florence.

Heading to Rome in the south, the train journey takes less than 90 minutes, and shuttles you through shady green valleys that give way to the graffiti-smeared suburbs of the capital.

Last, but not least, how does one get from Orvieto’s low-lying train station to the top of our romantic pillar of volcanic stone? By funicular, which is one of the cutest modes of transport there is — they didn’t put “fun” in that word for nothing.

Thinking of a trip to Italy? G Adventures can get you there. We run trips to Florence, Rome and Umbria — and beyond. Check them out here. 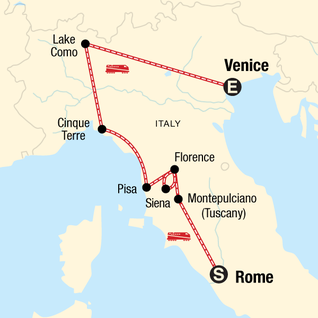 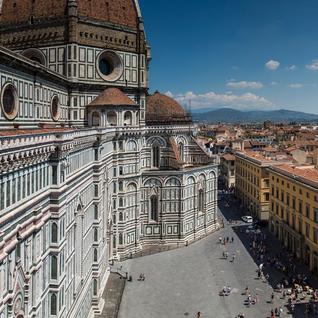 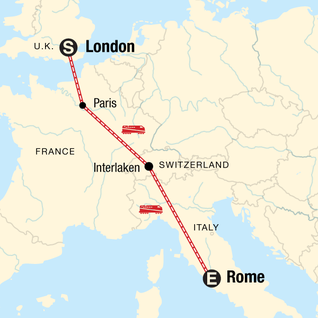 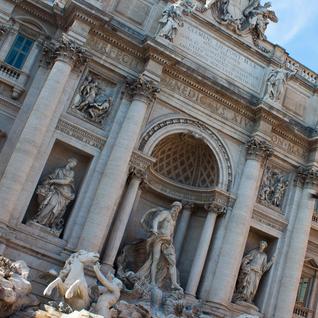