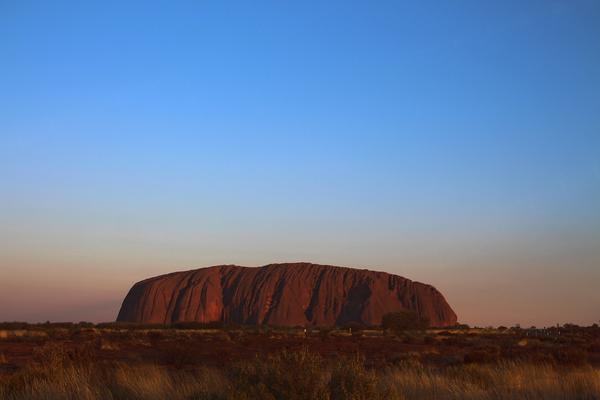 These are among the greatest places on Earth to see stunning landscapes, amazing wildlife and striking natural beauty

From desert landscapes to lush rain forests, these national parks are among the most stunning places on Earth — and have to be seen to be believed. Here are five national parks from around the globe to put on your globe-trotting bucket list. And if you're not sure which one best suits your travel tastes, you're in luck: our Where To Next quiz will help you decide which destination fits you just right —?plus, when you take the quiz, you'll be entered for a chance to win a trip for two on the National Geographic Journeys trip of your choice.

The Namib-Naukluft National Park in Namibia is a study in extremes. It’s the largest game park in Africa and encompasses part of the Namib Desert, which is the oldest desert in the world. Inside the park are the towering, burnt-orange Sossusvlei sand dunes, which are the tallest dunes on earth — in places, they rise more than 300m (1,000 ft) above the desert floor. The great Namib Sand Sea, a desert landscape usually enveloped in a unique coastal fog, stretches for hundreds of kilometres in every direction. Bigger than Switzerland, this vast, hyper-arid park is home to many unusual plants and animals that have adapted to survive in the dry desert heat — a testament to the resilience of life, even in the most extreme circumstances.

Think a trip to see one of Africa's many stunning natural landscapes is in the cards? Check out our small group tours to Namibia here.

This national park in California is famous for its namesake trees: the gigantic, ancient sequoias that fill the park, and look like something out of a fairy tale. Among them is the General Sherman tree which, at an estimated 2,100 years old, 83m (275 ft) tall and 11m (36 ft) in diameter at the base of its trunk, is the largest tree on earth — and one of the largest living organisms on the planet.

The best way to experience Sequoia National Park is to hike through it. Spend a day in the Giant Forest, which contains five out of the 10 largest trees in the world, and discover the deep canyons, rugged foothills, and impressive mountains that frame the park. There are short and easy paved hikes, or multi-day backpack treks through the High Sierra for the more serious explorer.

You can visit Sequoia —?plus a ton of other attractions in the U.S. — by taking one of our small group tours to the United States.

This park proves you don’t have to be huge to be spectacular. Manuel Antonio National Park in Costa Rica is the smallest park in the country, but is jammed full of beautiful flora and fauna. Manuel Antonio features white-sand beaches, tiny coves, impressive foliage, great mountains, and a lush rain forest where more than 100 species of mammals and almost 200 species of birds take up residence. Most popular are the sloths and monkeys that make the park their home, while lucky visitors might spot dolphins and migrating whales offshore. With hiking paths that criss-cross from the coast to the mountains, the park allows you to get close to an incredibly diverse range of animals —?just make sure you hold on to your snacks along the way!

One of the largest national parks in northern India, Ranthambore covers 392 square km (151 sq mi) in southern Rajasthan. This former hunting ground of the maharajas of Jaipur has since been preserved as a wildlife sanctuary, and is now known as one of the best places in India to see tigers in their natural habitat. Today, there are approximately 60 tigers living in the park. A tiger sighting isn’t guaranteed, however, but with more than 300 species of birds as well as leopards and sloth bears, a 10th-century fort, ancient temples, and vine-covered tombs scattered throughout, the park offers more than your typical safari experience.

You can see all the wonder that Ranthambore has to offer on one of our small group tours to India.

Deep in the Red Centre of the Australian outback lies the spectacular Uluru-Kata Tjuta National Park, which is home to the famed Uluru, formerly known as Ayers Rock. Uluru is undeniably the main attraction — it’s a massive sandstone rock formation that stands 348m (1,142 ft) high and is thought to have started forming at the bottom of the sea more than 500 million years ago. Uluru is sacred to the indigenous Pitjantjatjara and Yankunytjatjara peoples, who collectively refer to themselves as Anangu and are the owners of the park (it is leased to Parks Australia and jointly administered). Uluru is striking, even more so when you consider that two-thirds of the rock lies beneath the sand. Watching it change colour throughout the day (it glows a deep red at sunset) is truly a breathtaking experience.

Our small group tours to Australia visit Uluru and beyond.