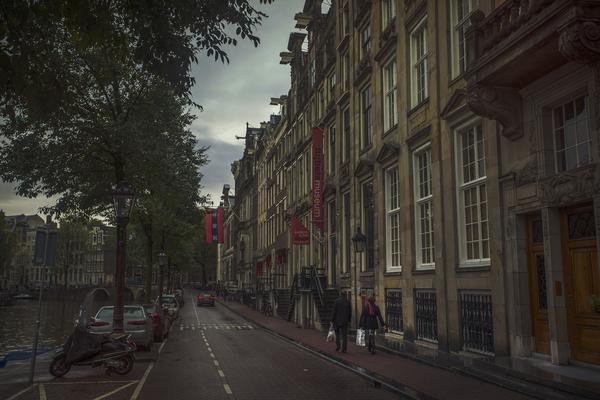 5 Dutch foods that make no sense in English

When direct translation simply won't do

by Christina Newberry Posted on 20 February 2019

When reading a menu in an unfamiliar language, Google Translate is usually your best friend. But in the Netherlands, the literal English translations of some Dutch staples will leave you scratching your head.

For these five Dutch foods, Google Translate is no help at all.

What it really is: An open-faced fried egg sandwich

At its most basic, an uitsmijter is just a piece of bread with a couple of fried eggs on top. But at restaurants, you’ll often find an entire section devoted to uitsmijters, featuring various combinations of eggs, meat, and cheese.

Unlike in North America, where you would expect an egg dish to come with some kind of side, an uitsmijter is often served straight up on an otherwise empty plate, or perhaps with a little lettuce and tomato. It’s more common for lunch than for breakfast.

What does this dish have to do with burly men who chuck people out of bars? Good question. The dish has had this name for more than a century, and the original logic has been lost to time.

What it really is: Fries, shawarma meat, and melted Gouda cheese topped with lettuce, tomatoes, and hot sauce

During my first months living in Amsterdam, I was taking Dutch lessons and slowly starting to grasp a little of the language. I was sure kapsalon translated to hair salon. It was on all the barbershop and hairdresser signs. It was also on all the menus at the many shawarma places around town. I was stumped.

It turns out, I was right. This ultimate Dutch hangover food is indeed called a hair salon. Why? The man who invented it worked as a hairdresser. Seems like a stretch to me, but I’m not going to argue with the surprisingly satisfying result. Even the vegetarian version, which just eliminates the meat, hits all the pleasure centres in your brain. It’s hot, it’s salty, it’s gooey, and the satisfying crunch of the iceberg lettuce topping lets you fool yourself into thinking you’re getting your vegetables.

What it really is: Sprinkles

The thing to know about sprinkles in the Netherlands is that they’re not for topping cakes, and they’re not just for kids. They’re a perfectly respectable grown-up food to eat for breakfast or lunch, shaken over buttered bread. Chocolate is the most popular variety, but you can go for fruit sprinkles if that’s what you prefer.

Another non-translatable take on the Dutch fondness for sprinkles is muisjes, or “little mice.” These pink or blue anise-flavoured sprinkles are served on buttered rusks at baby showers.

What it really is: White navy beans and green string beans cooked together with butter and potatoes, optionally topped with sausage

The name of this dish makes sense as soon as you look at your plate. The cannellini beans do indeed look like little white bums among the blades of string bean grass. And since the Dutch have no qualms about nudity or body parts, this is a perfectly acceptable thing to call a dish you might be served in a Dutch grandmother’s kitchen.

And you are much more likely to find this dish in a home kitchen than a restaurant. It’s a type of stamppot, a traditional Dutch winter dish made from mashed potatoes and vegetables. My favourite version is endive stamppot topped with the surprisingly easy-to-find vegetarian rookworst — but this doesn’t have nearly so fun a name.

What it really is: A shot of jenever with a beer chaser

Okay, this one is not a food — but it’s an important term to know if you plan to head out drinking in the Netherlands. Jenever is the original juniper-based spirit, sometimes inaccurately referred to as “Dutch gin.” Unlike gin, however, jenever is made from a base of malt wine, and tastes more like an un-aged whisky. It packs a powerful punch that makes a beer chaser is a great idea.

Your jenever will be served in a small, tulip-shaped glass, so full that you absolutely should not try to pick it up. Instead, put your hands behind your back and lean over to take a quick slurp right there at the bar. The other half of your headbutt —?the beer — will be a local pilsner, light and cold enough to take the edge off. Alternate sips all night long.

Want to drink your headbutt with the locals in Amsterdam? Head to De Druif, just outside the city centre, a classic Dutch bar that’s been slinging jenever for more than 385 years.

Check out our small group tours of the Netherlands here.