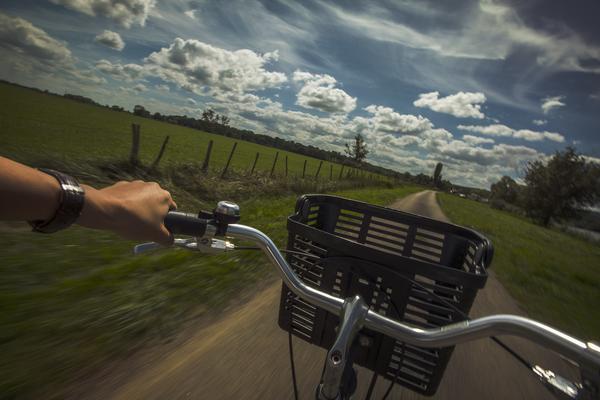 The 10 best destinations for cycling travellers

Prefer to see the world on two wheels? Here's where to go

There’s no question that cycling is economical, environmentally friendly, and delivers a good amount of cardiovascular exercise. But it’s also a great way to see a new city or destination. Here are the world’s ten best cities for cycling.

One of the most famous bits of trivia about Amsterdam is that the city has just about as many bicycles as it does people (both figures are just over the 800,000 mark). The city’s infrastructure, culture, and day-to-day way of life is built around cycling, from a vast city network of bike trails (more than 500 km, or 311 mi, of them) to easily accessible bikes for hire, lockups, and tours on two wheels. And with around 83 percent of Amsterdam residents reportedly hopping onto their bikes at least once a week, it might be the best way to meet locals, on top of being the best (and greenest) way to get around.

Must do: Bike across Amsterdam’s famous canals on two wheels —?and be sure to stop to snap a photo or two to share with us on Instagram. Check out our trips to Amsterdam and the Netherlands here.

If it’s long-distance (rather than city) cycling you’re after, Vietnam is the destination for you. With the right planning —?and, if you’re a novice cyclist, a good guide —?seeing the city’s stunning coastline and dense interior on two wheels can offer a remarkably unique, on-the-ground-perspective of this beautiful country (just ask G Adventures contributor Kia Abdullah).

Must do: Test your stamina along the Hai Van Pass, a 21-km (13 mi) mountain pass in central Vietnam. Our guided Cycle Vietnam tour can get you there.

The image of the striped shirted Parisian leisurely pedalling along the Seine, baguette in his pannier (how do you think those side-saddles got their names, anyway?), is an exaggerated stereotype, but it’s based in fact: Paris —?like much of France —?is a haven for cyclists. The City of Light has bikes for rent available throughout the city centre — most of which are equipped with front baskets for any market purchases or snacks picked up as you pedal through the streets, both cobblestone and otherwise.

Must do: City life not your thing? Hop on a mountain bike and explore the idyllic Loire Valley, home to some of the best food — and wine — in the world.

Only 29 percent of households in Copenhagen own a car, meaning most residents prefer to run their errands on two wheels. The city of Copenhagen has 454 km (280 mi) of cycle tracks whose lights are coordinated with road traffic in favour of cyclists during rush hour; the city has about 1,800 bike stations for cycle rentals, and most hotels in the city core offer bikes to guests as part of their stay. As a bonus, many of the bikes available to tourists come free of charge, and are equipped with maps, key points, and GPS locators. In fact, the city’s commitment to integrating cycling culture and infrastructure has led to its own term: “copenhagenization.” Could exploring be any easier (and greener)?

Must do: Before you go, read up on “Copenhagen cycle chic,” lest you risk getting caught looking less than photo-worthy while exploring on two wheels.

It’s estimated that Berlin has around 700 bikes for every 1,000 residents, and it’s no wonder: there’s around 620 kilometresm (385 mi) of bike paths in the German city, plus several long-distance routes that run through it, such as the Berlin–Copenhagen Trail. And here, cycling isn’t just for those who’d like to ride themselves: visitors can also hop in a Velotaxi, which is a small, pod-shaped vehicle run by the pedal-power of its driver.

Must do: If you’re considering a visit to the Berlin Wall, you can take a guided bike tour along its length rather than walking.

Some of the world’s most beautiful racing bikes are designed and manufactured in Italy and, given that the cycling opportunities in the Mediterranean country span from long-distance routes that run from Austria to Rome to cobblestone paths that snake through each city’s historic streets, there's plenty of opportunity to put these beautiful machines to good use. Take note, though: in Venice, riding a bike through the city is illegal.

Must do: City cycling in Italy is surely some of the most romantic riding you’ll do (except in Venice; see above), but it’s the rolling hills and picturesque landscapes of Tuscany that make for the best rides in the country. We can get you there.

In the Californian city, about 128,000 bike trips are made by residents across 37 km (23 mi) of bike lanes (and 72 km, or 45 mi of streets with bike lanes) per day. But it’s more than just volume: San Fran has a vibrant cycling culture comprising everything from distinct cliques (think: fixie users band together; mountain bikers hang out separately) to races, events, co-ops, and an annual Bike to Work day.

Must do: The iconic Golden Gate bridge is nearly 3 km (2 mi) of picturesque (and Hollywood-esque) cycling pleasure. Let us take you there.

You won’t want to speed through the architecture and food on offer in Barcelona, but with 200km (124 mi) of bike paths in and around the city, getting from point to point is as easy as renting a cycle and heading towards your next destination.

Must do: Barcelona is a great starting point for cyclists, but just to the north are some of the country’s most striking vistas, all easily accessible on two wheels.

Driving anything in the U.K. can pose initial challenges for those used to driving on the right side of the road, but London’s vast network of cycling paths and rental bikes make it well worth the attempt. Transport for London has developed a series of “leisure routes” that combine the best of the city’s sightseeing and exercise, and are fine-tuned to deliver London 101 on two wheels to tourists and out-of-town visitors.

Must do: A leisurely cycle along London’s iconic South Bank — around sunset, if you can time it — offers an unparalleled view of the historic Thames. Find out how we can get you there.

The Quebecois city is mightily hilly, so riding around it at length may be best suited to experienced cyclists. However, Old Montreal — about as European-feeling as it gets in North America — is flat (and cobblestoned, to boot), and plentiful cycle rentals and guided bike tours means that there’s a bike tour around the city for any taste (and experience level).

Must do: A ride along the Lachine Canal towards the Old Port will have you second guessing whether you’re in La Belle Provence or La belle Paris. Check out our tours of Canada here.